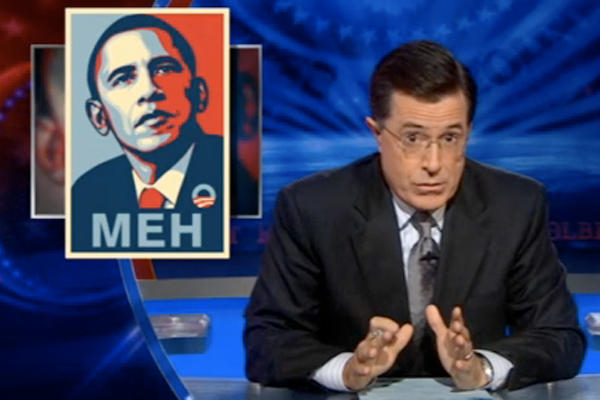 Comedy Central’s Stephen Colbert, host ofÂ The Colbert Report, announced on Thursday night he was forming an exploratory committee ahead of a possible run for president of what he jokingly described as “the United States of South Carolina.”Â  As a result of his decision, Colbert was required to hand over control of his Super PAC, a political action committee he created which has the ability to raise unlimited money from individuals and corporations, because potential candidates cannot control or coordinate efforts with the people who run Super PACs.

“I am proud to announce that I am forming an exploratory committee to lay the groundwork for my possible candidacy for the president of the United States of South Carolina,” Colbert said, as red white and blue balloons started to fall from the ceiling. “I’m doing it!”

On Thursday’s broadcast, Colbert at least appeared to hand over control of his Super PAC to fellow Comedy Central personality Jon Stewart. Colbert was also joined in studio by his lawyer, former Federal Election Commission Chairman Trevor Potter. After a dramatized transfer of power, Colbert and Stewart jointly announced the renamed committee, “The Definitely Not Coordinating With Stephen Colbert Super PAC.”

“With your help, and possibly the help of some sort of outside group that I’m not coordinating with, we can explore taking this country back. Thank you. God bless you all and God bless Citizens United,” Colbert said, referring to the Supreme Court’s decision in 2010 in the case of Citizens United against the Federal Election Commission. The Supreme Court ultimately ruled that the government could not limit political spending by corporations.

Colbert has long been a satirical critic of Super PACs. In anÂ interviewÂ with Rock Center special correspondent Ted Koppel to air Monday on NBC,Â Colbert described the benefits of Super PACs.

When asked how much money his Super PAC had raised, Colbert said, “The fun thing about that is I don’t have to tell you.”

Colbert said Super PAC rules eventually require disclosure of contributors but, until that time comes, “My major donor is none of your — damn business.”