Stripped-down march in SF for right to bare all 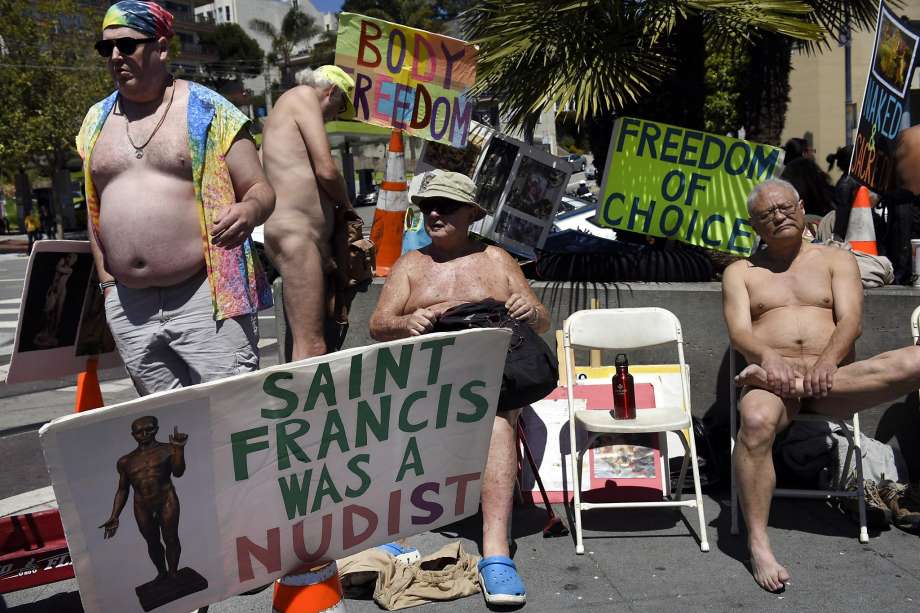 The march from the Castro district to the Haight-Ashbury, which was permitted by the city, had been promoted as a nude “Summer of Love” parade.

The group of about two dozen people congregated and disrobed in Jane Warner Plaza before hiking up Castro Street under sunny skies.

As they trudged up the hill, they waved flags and signs that read “clothing optional” and “nude is not lewd.” Taub, meanwhile, shouted various chants through a handheld microphone, including “Ho ho, hey hey, body freedom is here to stay” and “Hey there, dude, you’re no prude, get in the mood, join us nude.”

“Our bodies are not something to hide or be ashamed of,” Taub said before the march to both participants and a slew of passersby who stopped to take photos and videos. “Our bodies are meant to be celebrated.”