Student says ‘ISIS’ in Pledge, gets pulled from high school 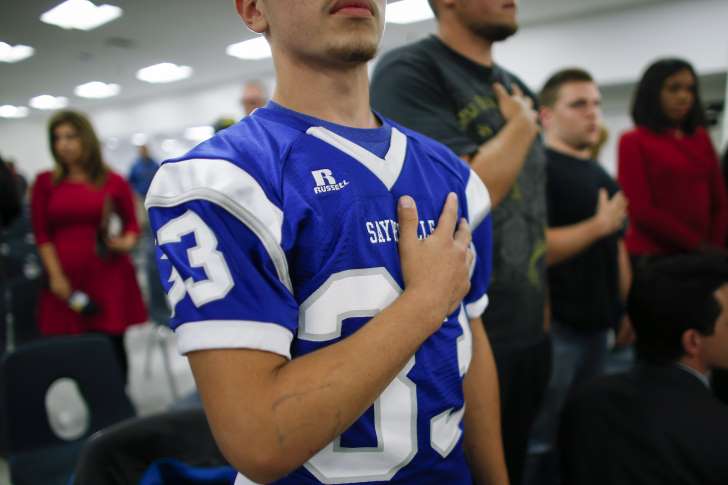 A Connecticut high school student has been pulled out of classes and reported to police for substituting “ISIS” for the “United States of America” during the Pledge of Allegiance.

“ISIS” is a term commonly used for the Islamic State group.

Lt. Andrew Cota says the 15-year-old student at Ansonia High School wasn’t charged, but the case was turned over to the Department of Homeland Security. Police say there is no danger to the community. Federal officials declined to comment.