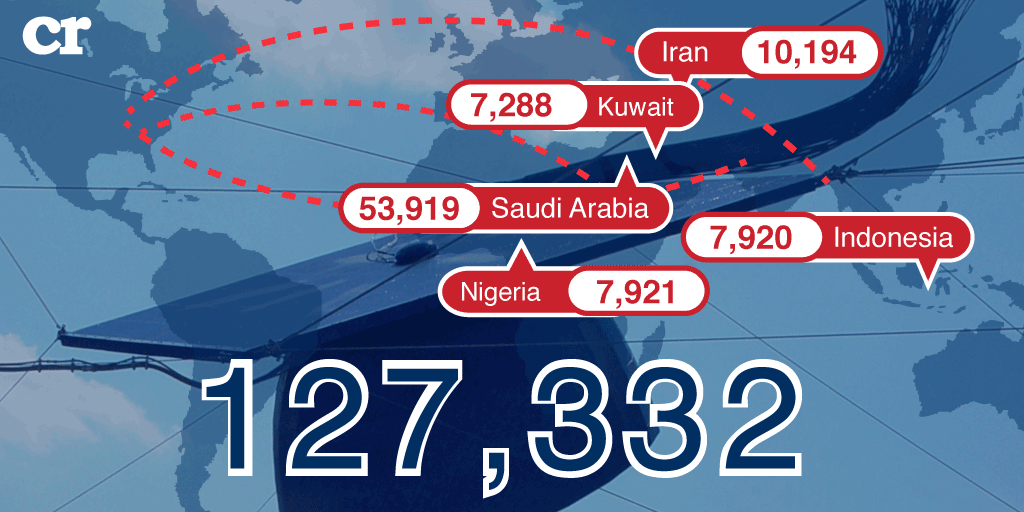 How many more potential Islamic terrorists like Mohammad Youssef Adbulazeer are living freely in this country? And to what extent is our political class going to continue their suicidal policies?

Several months ago, we estimated that roughly 1.62 million individuals from predominantly Muslim countries have emigrated here since 9/11. We counted all of the green cards issued to foreign nationals of 43 countries with either near-100% Muslim population or an overwhelming majority of Muslims. While some of these individuals are likely non-Muslims, we noted that it is a pretty fair estimate of the number of Muslim immigrants and coincides with the Pew estimate of 100,000 Muslim immigrants per year.

14% of the annual student visas are from Muslim countries, an even higher share than immigrant visas relative to the total immigrant population.