Support grows for sending every adult a $1,000 coronavirus check immediately 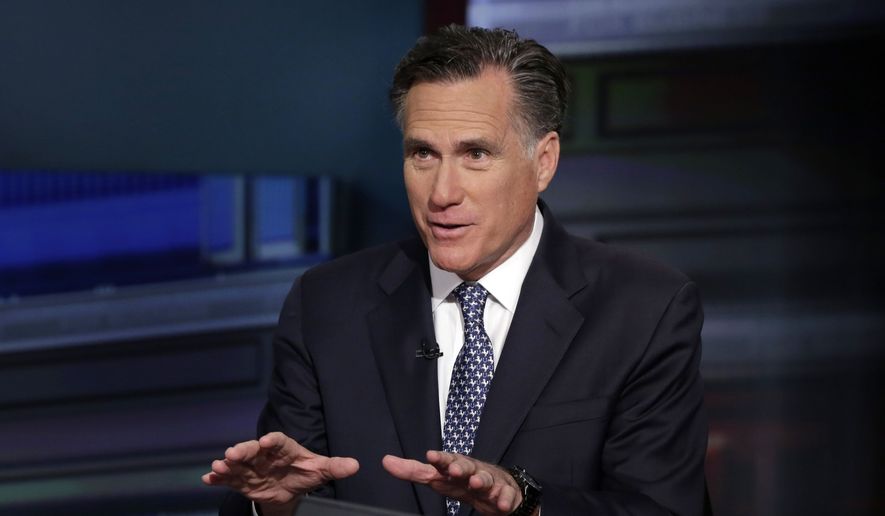 Support is building for the idea of having the government send every adult a $1,000 check to help contain the economic damage of the coronavirus pandemic.

Sen. Mitt Romney, a Utah Republican, on Monday became the latest and most prominent of several lawmakers to promote the idea, calling for checks to be sent to “every American adult” as part of a broader measure he unveiled.

“Congress took similar action during the 2001 and 2008 recessions,” Romney said in a statement. “While expansions of paid leave, unemployment insurance, and SNAP benefits are crucial, the check will help fill the gaps for Americans that may not quickly navigate different government options.”

Lawmakers and economists began calling for sending the checks as the economic damage from the virus set in this week.

Governors and local officials called for restaurants and other public places to shutter. New Jersey’s governor set a curfew. The stock market fell to levels not seen since President Trump took office.

Lawmakers are eager to act quickly to blunt the economic damage.

Sen. Tom Cotton, an Arkansas Republican who leads the economic policy subcommittee of the Senate Banking Committee, said he is drafting legislation that would give “cash stipends” to workers and their families affected by coronavirus and related shutdowns “so they can buy food and pay the bills during this crisis.”

Sen. Sherrod Brown, an Ohio Democrat, tweeted Monday that Congress should send every middle- and low-income earner a $1,000 check “ASAP” because the economic strain will increase in the days ahead.

“The pressure on family budgets is only going to get worse as we deal with coronavirus,” Brown said.

The idea of sending out checks is not new.

As Romney noted, President George W. Bush and Congress sent out more than $150 billion in checks in the form of tax rebates in 2008 in an attempt to stimulate the economy.

Relatedly, a “Freedom Dividend” was a central part of former presidential candidate Andrew Yang’s agenda. It would have provided $1,000 a month to all U.S. citizens over 18.

“GOP & Democrats are both coming to the same conclusion: Universal Basic Income is going to have to play a role in helping Americans weather this crisis,” Rep. Alexandria Ocasio-Cortez, a New York Democrat and a star liberal freshman, tweeted Monday.

“Cash payments, to all — including seniors w/disabilities, unpaid caregivers-better than tax cut for this crisis,” Sperling tweeted Monday. He called on limiting the money to those earning less than $125,000, or, if the checks are given to everyone, those earning more than $125,000 would repay the Treasury through their tax refunds.

The plans in Congress vary significantly.

On the House side, for example, Democrats Ro Khanna of California and Tim Ryan of Ohio proposed an emergency earned income tax credit that would “provide a check between $1,000 and $6,000 to every American who earned less than $65,000 last year.”

Rep. Tulsi Gabbard, a Hawaii Democrat and presidential candidate, proposed $1,000 a month be sent “to all adult Americans” until the coronavirus outbreak ends.

A spokesman for Senate Majority Leader Mitch McConnell, a Kentucky Republican, has not yet responded to a request for a comment on the various stipend proposals.

President Trump has called for a suspension of the payroll tax, an intervention that would leave about $850 billion in workers’ pockets, but that would only reach those working and wouldn’t reach them as fast as a check could. Mnuchin said over the weekend that the administration would be open instead to a form of tax rebate.

The House and Senate this week are negotiating a broad stimulus package aimed at helping workers and businesses deal with the economic slowdown.

The House cleared the bill with some minor changes by unanimous consent on Monday night, sending it to the Senate where lawmakers are expected to pass it this week.

Senate Finance Committee Chairman Chuck Grassley, an Iowa Republican, said the Senate is working on developing a third spending package to address the effects of the virus.

Lawmakers are mulling financial help for the hard-hit airline industry, among other proposals.

Grassley did not directly address the possibility of providing a federal stipend.

“I’m currently looking at what we can do to relieve the strain on workers, the burdens on businesses small and large, and the capacity deficits at rural hospitals,” Grassley said Monday. “But, at this point, all options remain on the table as we determine the best course of action.”