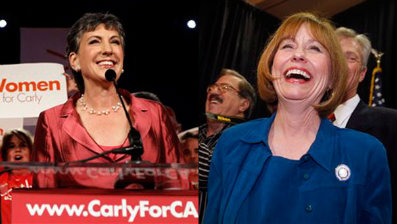 The primary elections Tuesday amounted to a night of messages — from the Tea Party, from female candidates and for the Democrats.

With hundreds of primaries held across 11 states, a number of candidates made history while others pulled out come-from-behind wins. The elections helped set the stage for a November general election in which incumbents are girding for a series of hard-fought battles.

State Rep. Nikki Haley moved a step closer to her goal of becoming South Carolina’s first female governor, advancing into a runoff with her top competitor. After a bruising primary in which two men claimed they had affairs with her, Haley blew away her competition with 49 percent of the vote; she was forced into a runoff with Rep. Gresham Barrett, who won 22 percent, only because she did not clear the 50-percent threshold.

The big save of the night came in Arkansas, where Sen. Blanche Lincoln defied expectations by beating Democratic primary challenger Lt. Gov. Bill Halter in a runoff. She moves on to a tough general election battle for her seat.