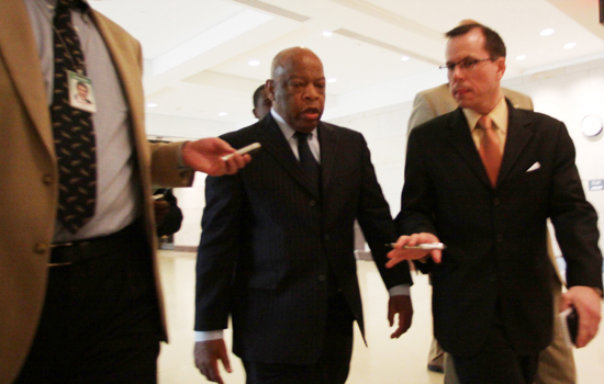 Republican National Chairman Michael Steele and one of the organizers of Saturday’s Tea Party rally strongly condemned the racial slurs that some black lawmakers alleged were yelled at themÂ by some health care protesters as they headed for a procedural vote at Capitol Hill.

“I absolutely think it’s isolated,” Amy Kremer, the grassroots coordinator of the Tea Party Express, told Fox News on Sunday. “It’s disgraceful and the people in this movement won’t tolerate it because that’s not what we’re about.”

Steele rejected the notion that the incident may make any association with the Tea Party Movement a danger.

“It’s not a danger,” Steele told NBC’s “Meet the Press on Sunday.” “It’s certainly not a reflection of the movement or the Republican Party when you have idiots out there saying stupid things.”

The incident occurred Saturday after thousands of Tea Partiers descended upon Capitol Hill to rally against Sunday’s major vote on health care reform.

Some of the protesters targeted a handful of black members of Congress and one gay lawmaker as they walked from the House office buildings to the Capitol to make a procedural vote.

Reps. John Lewis, D-Ga, and Andre Carson, D-Ind., both members of the Congressional Black Caucus, said that a group of protesters hollered at them and called them the N-word.