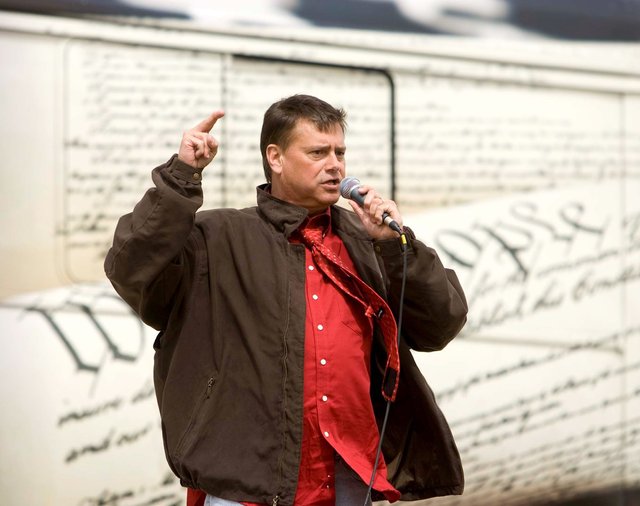 A national “tea party” umbrella group expelled a prominent member from its ranks over the weekend for a controversial blog post as the conservative movement continued its row with the NAACP over allegations of racism.

NAACP President Ben Jealous defended a resolution passed by the civil rights group condemning perceived racism in the tea party, arguing that several organizers who align themselves with the movement have made offensive comments.

In a debate on CBS‘ “Face the Nation,”David Webb, who co-founded TeaParty365 in New York, said tea party members have taken action that proves they don’t tolerate racism. On Saturday, the National Tea Party Federation announced that its members had unanimously decided to oust Mark Williams, a leader with the Tea Party Express group, after Mr. Williams posted a mock letter from Mr. Jealous to Abraham Lincoln on his website.

“Self-policing is the right and responsibility of any organization,” said Mr. Webb, who is black, adding there are “single examples in any movement” of fringe elements. “For Mr. Jealous to say that these elements, when millions have been out there, represent the tea party is blatantly false and they’re simply playing the race card.”

Mr. Jealous said his group is worried by what he describes as racist signs at tea party events and offensive comments made by candidates across the country that claim tea party support.

In particular, the National Association for the Advancement of Colored People has pointed to reports of racial epithets being hurled at lawmakers earlier this year during tea party protests of Democrats’ health care overhaul, which many in the group deny.

“All of that together had us very concerned,” Mr. Jealous told CBS host Bob Schieffer.

Accusing the NAACP of “selective condemnation of racism,” Mr. Webb demanded that the group condemn the New Black Panther Party for comments one of its leaders made about killing white people.

Mr. Jealous said his organization “absolutely denounced” the New Black Panthers, but noted they weren’t part of the NAACP, whereas Mr. Williams was part of the tea party movement.