Tea Party’s Next Wave Rising in Alaska to Colorado 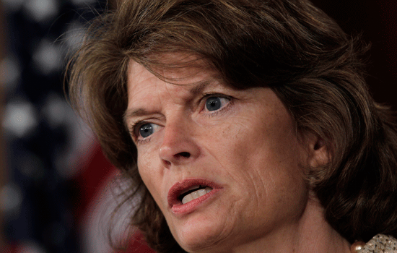 Rifle through a stack of Tea Party candidateÂ resumes, and Joe Miller’s will stand out.

The man who wants to turn a fellow Republican, Alaska Sen. Lisa Murkowski, out of office is a graduate of Yale Law School and West Point, a decorated combat veteran and former judge. Many Tea Partiers share his disdain for Washington, its political gridlock and mounting debt, but not his credentials.

The message he conveys, though, is straight from the Tea Party script: He fears the nation is veering toward socialism and insolvency. He says Murkowski is too liberal.

To Miller, Alaska’s senior senator is complicit in the ballooning U.S. debt and spending and has a voting record that would make a Democrat proud. His agendaÂ envisions a federal government with reduced limits. He would cut off federal dollars for the United Nations, gradually privatize Medicare and Social Security and disband federal departments that aren’t spelled out in the Constitution, including the Environmental Protection Agency and the Education Department.

“The problem,” he says, “is incumbency.”

In an election year marked by Tea Party activism, Miller is part of the next wave of Republican primary candidates counting on a public weary of Washington and the stale economy, and eager for fresh faces. In more than a dozen primaries in the months ahead — among them Oklahoma, Kansas, Tennessee, Colorado, Arizona, Washington state and Florida — Tea Party candidates are determined to upend the status quo and capture GOP nominations.

Could Miller be the next Rand Paul or Sharron Angle — Tea Party-backed candidates who stunned GOP powerbrokers in Kentucky and Nevada?

Murkowski, a moderate and the first woman elected toÂ Congress from Alaska, “is pretty safe but you never know,” says Judy Eledge, president of the Anchorage chapter of the Alaska Federation of Republican Women.

Eledge, who is not aligned with either candidate, says Murkowski’s biggest challenge will be reassuring conservatives. On Friday, the senator announced her opposition to President Â Obama’s Supreme Court nominee, Elena Kagan.

As a state legislator, Murkowski voted to raise alcohol taxes and against a bill to restrict publicly funded abortions. As a member of the GOP Senate leadership, she has displayed a centrist streak. Independents who make up more than half Alaska’s registered voters can vote in the Aug. 24 primary, which analysts say will benefit the incumbent.

Miller has gotten a boost from endorsements from Sarah Palin, the Tea Party Express and local Tea Party groups. But Murkowski has $2 million in the bank and has a familiar name in Alaska politics. Her father, Frank Murkowski, was a governor and senator. As governor, he appointed his daughter in 2002 to the Senate seat he had held.