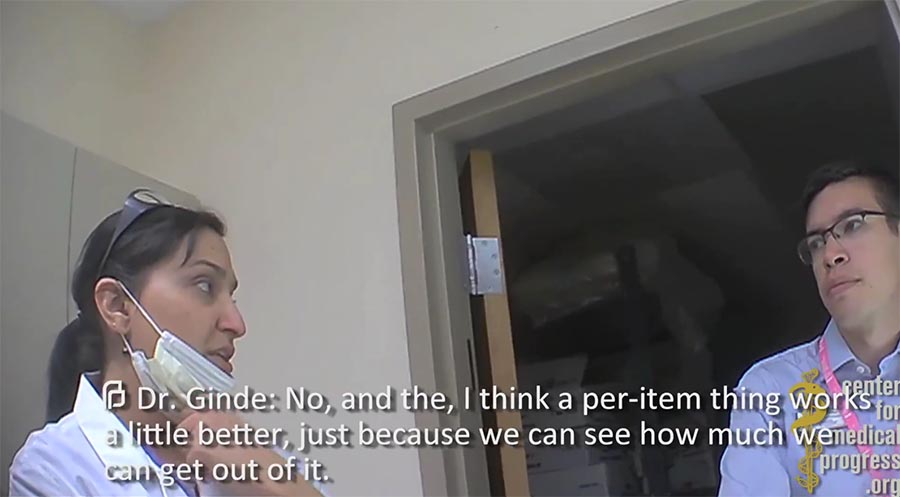 A technician who said she worked for a company that partnered with Planned Parenthood to harvest fetal tissue said there’s “incentive to try and get the hard stuff ‘cause you’re going to get more money,” in the latest undercover video targeting Planned Parenthood.

“For whatever we could procure, they would get a certain percentage,” said Holly O’Donnell, identified as an ex-procurement technician for StemExpress, a Placerville, Calif., company. “The main nurse was always trying to make sure we got our specimens. No one else really cared, but the main nurse did because she knew that Planned Parenthood was getting compensated.”

The new, graphic video from the Center for Medical Progress appears to show technicians using tweezers to pick through aborted fetal tissue for baby parts. After one person in the video picks out a pair of intact kidneys someone off-camera laughs and says, “Five stars!”