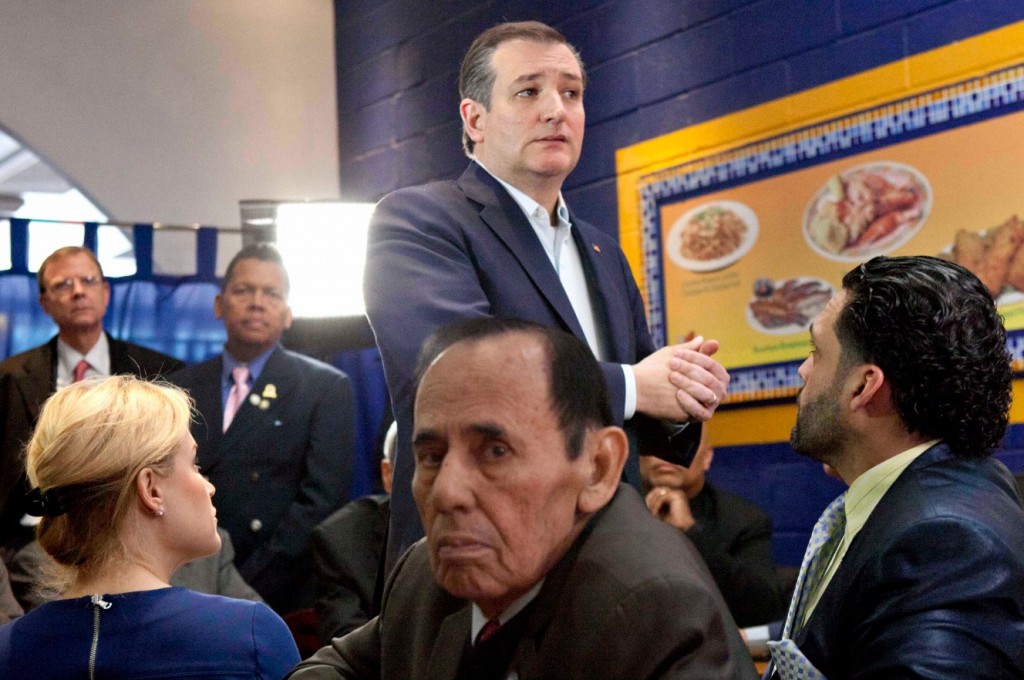 There are more than 1.4 million people in the Bronx — but Ted Cruz couldn’t even muster 100 at a campaign event in Parkchester with state Sen. Ruben Diaz Sr., a conservative Christian minister.

Cruz visited the Sabrosura Chinese-Dominican restaurant, where Diaz said the presidential candidate could “listen to the social, economic and spiritual needs of our community” while dining with other clergymen on the eatery’s famed fried rice and plantains.

Aside from about 70 ministers affiliated with Diaz, only a dozen voters turned up — and two of them were tossed out after screaming protests about the Texas senator’s hardline stance on immigration.

Two men caused a disturbance at Ted Cruz’s campaign event in the Bronx.Photo: James Messerschmidt
“He is anti-immigrant. He denies climate change. He’s a right-winged bigot and he’s not welcomed here,” said protester Rebel Diaz (no relation to the senator).