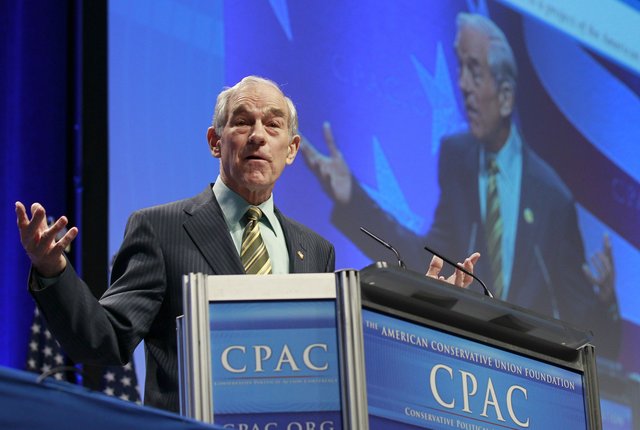 The poll, sponsored this year for the first time by The Washington Times, is seen as one of the earliest tests of grassroots popularity among the partyâ€™s dominant conservative wing, and Mr. Paul, who ran unsuccessfully for the nomination in 2008, has traditionally done well in the CPAC voting.

The Republican lawmaker, long a favorite of the partyâ€™s libertarian wing, took 30 percent of the votes cast, followed by Massachusetts Gov. Mitt Romney with 23 percent. New Jersey Gov. Chris Christie, who has said he will not be a candidate in 2012, and New Mexico former Gov. Gary Johnson tied for third, with 6 percent of the vote.