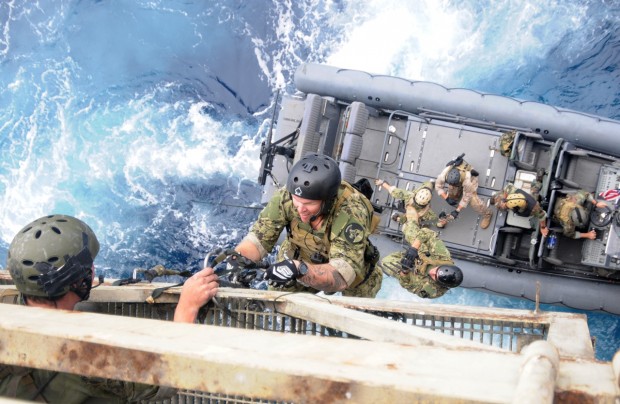 U.S. Navy SEALs boarded and seized control of an oil tanker Sunday night that was held by Libyan rebels off the Cyprus coast.

The mission was approved by President Obama, according a Pentagon press statement.

The elite special forces seized the tanker – held by three Libyan rebels – after it evaded a naval blockade and the ship sailed out of a Libyan port. The Department of Defense said no one was injured in the operation.