Third parties work for their candidates inclusion in 2016 debates 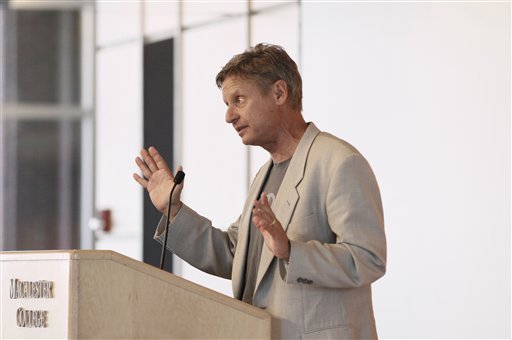 One group, working with former repeat-presidential candidateÂ Ralph Nader, is trying to get cities across the country to demand to host debates, much like what happens in the party primaries.

Yet another organization, calling itself Open Debates, has formed a citizens commission it says would be more fair than the officialÂ Commission on Presidential Debates, which is a project of the Republican and Democratic parties and is organizing this yearâ€™s three presidential and one vice presidential debates.

Both say their goal is to open the process to more candidates and more issues.

â€œSuccess would be each community deciding the form of its own debate,â€ saidÂ Greg Kafoury, an Oregon-based lawyer who is working withÂ Mr. NaderÂ and trying to rally his own state to push to hold a debate. â€œSome might just want the two [main candidates], some might want three or four. Let the communities decide whoâ€™s going to be asking the questions. For example, how about some trial lawyers who know how to ask questions, instead of celebrity journalists?â€

All sides acknowledge they canâ€™t change things in time for 2012 â€” the first debate between President Obama and Republican nomineeÂ Mitt RomneyÂ is Wednesday â€” but the groups say 2016 is a real possibility.

The modern debate system emerged more than two decades ago, in 1988, after theÂ League of Women VotersÂ abruptly canceled its sponsorship.

In a bombshell press release that October, theÂ leagueÂ said the two presidential campaigns had gotten out of hand with their demands â€” detailed, according to theÂ league, in a 16-page document negotiated between them and presented to theÂ leagueÂ as a take-it-or-leave-it proposition.

TheÂ leagueÂ didnâ€™t respond to requests from The Washington Times for comment, but two decades later its prediction of debates â€œdevoid of substance, spontaneity and honest answers to tough questionsâ€ has come true in the eyes of many voters under theÂ Commission on Presidential Debates.

â€œAs a nonpartisan organization dedicated to eliminating racism, empowering women and promoting peace, justice, freedom and dignity for all, we have decided to withdraw our sponsorship effective immediately,â€ said Dara Richardson-Heron, the YWCAâ€™s CEO, in a letter to Libertarian Party supporters who were protesting theÂ commissionâ€™s exclusion of their nominee, former New Mexico Gov. Gary Johnson.

TheÂ official commissionÂ didnâ€™t respond to a request for comment about the lost support, but it has deleted their names from its official list online.