“We don’t have this money, this isn’t monopoly money, but that’s apparently the way his administration views this,” Johnson said during an interview on Fox Business Network’s “Mornings with Maria.” Biden introduced his $2 trillion infrastructure package Wednesday in Pittsburgh, Pennsylvania, titled the American Jobs Plan.

Just one-third of funds included in Biden’s proposed plan will be allocated towards traditional improvements to U.S. infrastructure, such as revamping ports, roadways and transit systems, according to the Foundation for Economic Education. The package would allocate funds to other areas, including $10 billion for a “Civilian Climate Corps,” $12 billion towards community colleges and $25 billion to upgrade child care facilities, according to the White House Fact Sheet.

A senior administration official told the press ahead of Biden’s Pittsburgh announcement that the $2 trillion infrastructure overhaul will be primarily funded by increasing corporate tax rates to 28%, up from the 21% threshold set by the Trump administration’s 2017 Tax Cuts and Jobs Act.

Johnson said he believes Biden has displayed poor judgement towards spending and general policy, including his policies at the southwestern border. He also took aim at Biden’s $1.9 trillion COVID bill, pointing to high levels of spending and borrowing.

“We see the light at the end of the tunnel on COVID, we didn’t need the $1.9 trillion dollars. There are things that we could do, but not to this extent, not this massive level of spending and borrowing,” Johnson said.

“He’s talking about probably adding another $6 trillion dollars to our debt when we don’t have to,” Johnson said.

The Wisconsin Republican said Americans are finding Biden has radical spending plans as opposed to moderate ones and noted he fears voters will learn that the president was wrong on domestic policy and spending once he leaves office.

Less than 10% of Biden’s coronavirus package went towards vaccine production, distribution, and healthcare related to COVID-19.

Johnson said Democrats are including a few items people will approve of, but are attempting to ensure everyone disregards “the trillions of dollars of other unnecessary or radical leftist policies” in the various bills. He said he’s hopeful the infrastructure plan won’t get passed and believes reconciliation is the only method for Democrats to pass the bill.

“I would hope Kirsten Sinema and Joe Manchin realize that we don’t have an unlimited checking account though our mortgage of our kids’ futures and that’s immoral and that these policies just simply won’t work,” Johnson said. 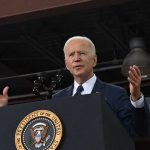 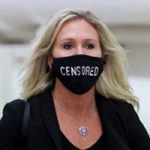 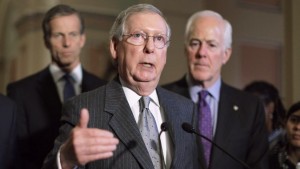 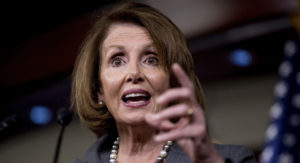 House passes bill for $2,000 stimulus checks – leaving it up to GOP-controlled Senate 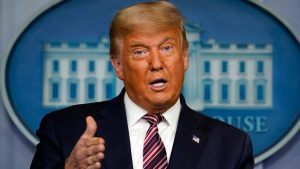