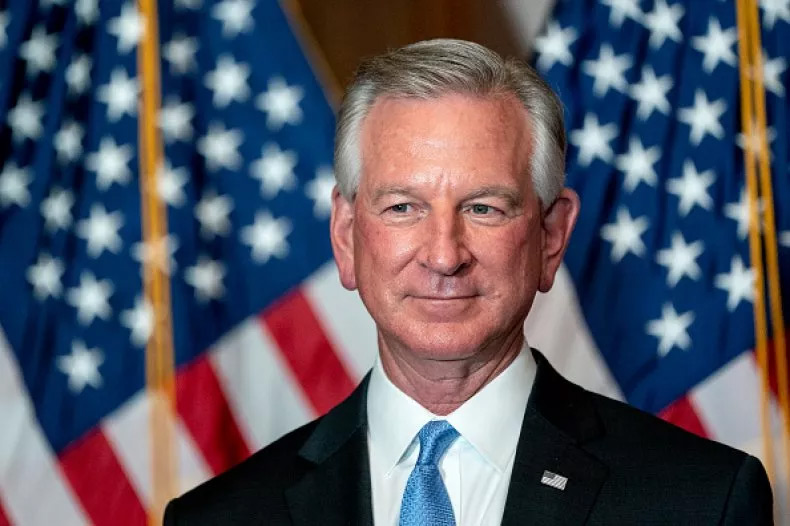 Republican Alabama Senator-elect Tommy Tuberville suggested he would back Representative Mo Brooks’s attempt to challenge the 2020 presidential election results in a video that surfaced Thursday.

“You see what’s coming. You’ve been reading about it in the House. We’re going to have to do it in the Senate,” Tuberville said in a video posted to Twitter.

“We’re gonna get that all corrected,” Tuberville said referring to President-elect Joe Biden’s electoral victory over Donald Trump. “Don’t give up.”

Tuberville was speaking at a Georgia rally for Senator Kelly Loeffler and Senator David Perdue in the first portion of the 52-second video. A later clip showed Tuberville standing beside a security guard at night. It was unclear what day the second portion of the video was taken.

When asked what he was going to do “make this election right,” by a voice off-camera Tuberville responded, “we’re going to fight it hard.”

On Tuesday, Tuberville’s campaign chairman, Stan McDonald, said the senator-elect may support Brooks during an interview on WVNN, a local radio based in Huntsville, Alabama.

“I think that he [Tuberville] and Ted Cruz are the two best candidates to do this,” said McDonald. “I don’t know yet if or when he will do this. He’s very seriously considering it.”

Alabama Rep. Mo Brooks has pledged to use the Electoral Count Act of 1877 to challenge the electoral vote when Congress meets to certify the election results on January 6.

However, for Brooks to be successful he needs at least one member of the Senate to also contest the results. If that happens, the law requires both chambers to each hold a two-hour debate and then vote on whether to approve or deny the objection. For the process to move forward, both chambers must agree to approve the objection in order to throw out contested electoral votes.

To do so, each member of Congress, regardless of party, will formally vote on accepting or rejecting the dispute.

Republican Senate Majority Leader Mitch McConnell, after acknowledging Biden’s victory over Trump and congratulating the President-elect, urged senators to not dispute the election results during a private caucus call on Tuesday.

However, other Republican senators, including Loeffler and Rand Paul of Kentucky, have said they are undecided on objecting to Biden’s win.

Newsweek reached out to Tuberville but didn’t hear back in time for publication.