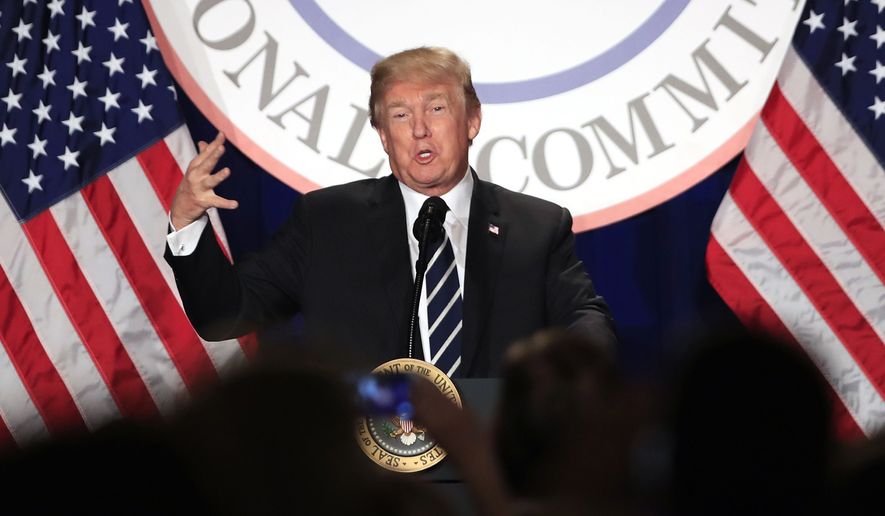 President Trump blamed Democrats for being “AWOL” in the immigration debate but predicted his plans to fix DACA and secure the border still had a chance of succeeding.

“Our immigration situation, I think it has a chance,” Mr. Trump said in remarks to the Republican National Committee winter meeting Thursday evening in Washington.

Mr. Trump has offered a compromise that would put 1.8 million illegal immigrant “Dreamers” on a 12-year path to citizenship in exchange for a $25 billion trust fund to build the wall, and end to the Visa Diversity Lottery and limits on family-based chain migration.

But Democrats are balking.

Both sides are looking to a scaled-down agreement that provides some border security and a legal status short of citizenship to the Dreamers — illegal immigrants who came to the U.S. as children and will soon lose legal status granted under the Obama-era Deferred Action for Childhood Arrivals (DACA).