Trump attacks ‘Medicare for All’ in Florida, accuses Dems of wanting to fund ‘socialism’ 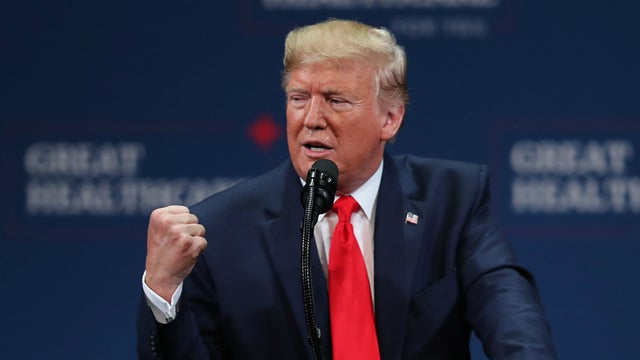 President Trump on Thursday attacked “Medicare for All” and called his Democratic presidential rivals “maniacs” as he tried to make his case on health care ahead of next year’s election.

Trump, speaking at The Villages, a sprawling retirement community in the key swing state of Florida, sought to portray himself as a protector of Medicare for seniors, in contrast to Democratic plans to expand the program to everyone through Medicare for All.

“They want to raid Medicare to fund a thing called socialism,” Trump said of Democrats.

“The last administration frankly was moderate compared to the maniacs you’re hearing from today,” he added, pointing to “Elizabeth Pocahontas Warren,” whom he said appeared to be his leading challenger.