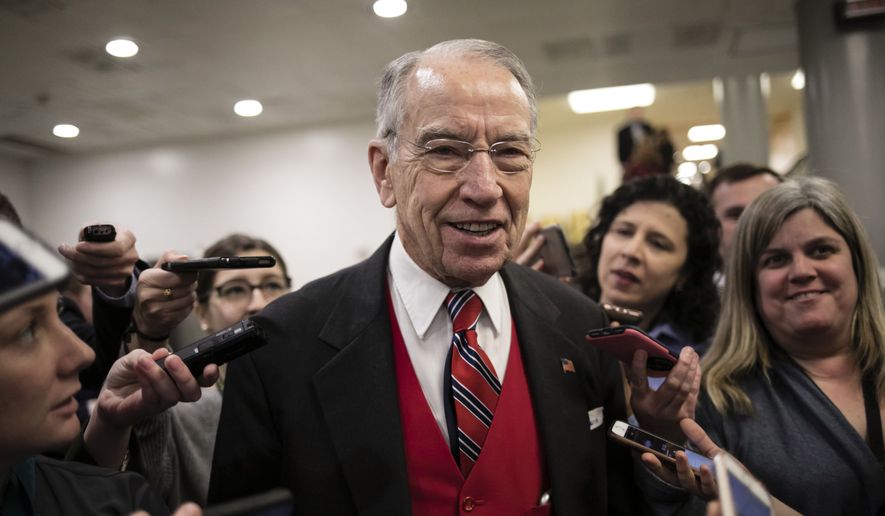 President Trump threw his support Wednesday behind an immigration bill sponsored by Republican Sen. Charles E. Grassley of Iowa, saying it accomplishes the White House’s goals of securing the border and providing a permanent solution for young illegal immigrants.

“The Grassley bill accomplishes the four pillars of the White House Framework: a lasting solution on DACA, ending chain migration, cancelling the visa lottery, and securing the border through building the wall and closing legal loopholes,” Mr. Trump said in a statement.

He urged all senators “to support the Grassley bill and to oppose any legislation that fails to fulfill these four pillars — that includes opposing any short-term ‘Band-Aid’ approach.”

The plan could legalize as many as 1.8 million so-called “Dreamers” in exchange for some of the biggest enforcement changes in two decades.

The bill proposes $25 billion to build a border wall, an end to the catch-and-release policies for illegal immigrants, faster deportations for visitors who overstay their permits, and permanently authorizing the E-Verify system that some businesses use to check their workers’ legal status. It would also eliminate the Diversity Visa Lottery.