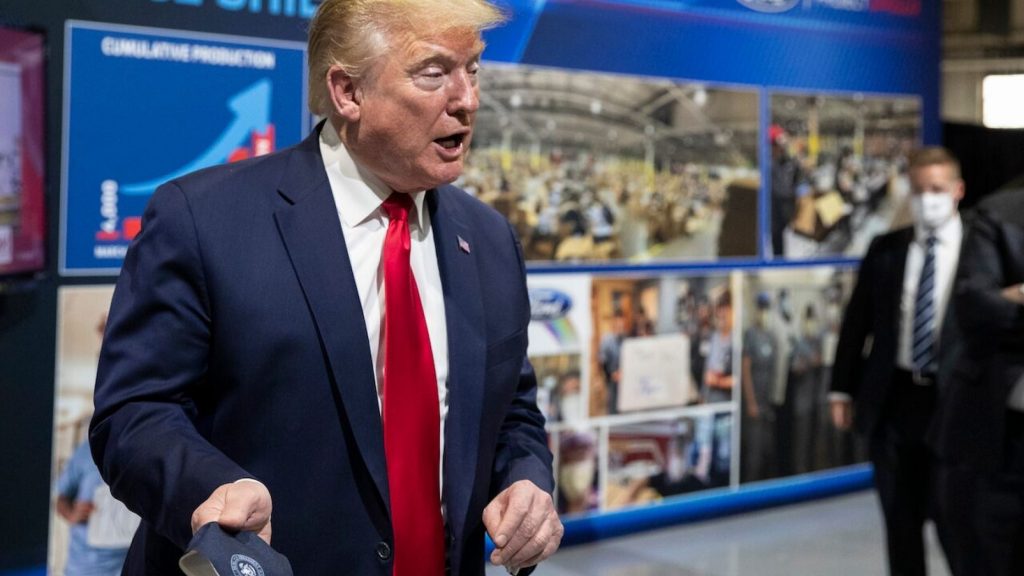 President Trump blasted the attorney general of Michigan late Thursday after she said she was going to have a “very serious conversation” with Ford Motor Co. for allowing the president to go without a mask during part of a tour of the company’s Rawsonville Components Plant in Ypsilanti.

“The Wacky Do Nothing Attorney General of Michigan, Dana Nessel, is viciously threatening Ford Motor Company for the fact that I inspected a Ventilator plant without a mask,” Trump tweeted after his tour. “Not their fault, & I did put on a mask. No wonder many auto companies left Michigan, until I came along!”

Trump did wear a mask for part of the tour of the plant that has been repurposed to make medical supplies, but refused to put it on in front of reporters — although at least one photographer snapped a photo that was posted on social media. It showed the president wearing a mask that included the presidential seal.

“I had one on before,” Trump told reporters during the visit. “I wore one on in this back area. I didn’t want to give the press the pleasure of seeing it. In the back area I did have a mask on. I had goggles and a mask right back there.”