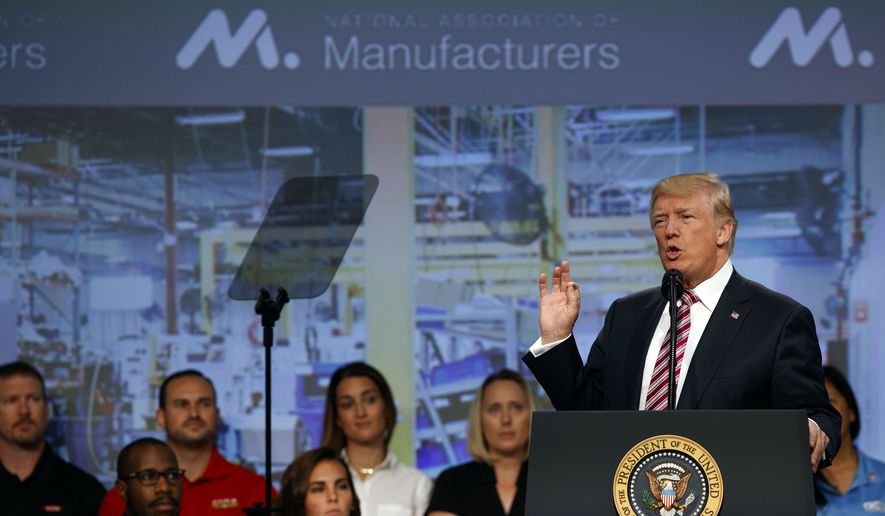 President Trump called his tax-reform plan “rocket fuel for our economy” Friday as he promoted the proposal to U.S. manufacturers and predicted it will lead to a rebirth of American industry.

“Under my administration, the era of economic surrender is over — and the rebirth of American industry has begun,” Mr. Trump told several hundred people at a board meeting of the National Association of Manufacturers in Washington.

Employers are expressing optimism about provisions such as immediate and full expensing of business investments, a reduction of the corporate tax rate from 35 percent to 20 percent, and a new “pass-through” business tax rate of 25 percent. Such pass-through profits are now taxed as high as 39.6 percent.

“For the majority of American manufacturers that file taxes as sole-proprietors, S corporations or partnerships, we will cap your top tax rate at a maximum of 25 percent,” Mr. Trump said. “This will be the lowest top marginal income tax rate for small and medium-sized businesses in more than 80 years — this huge tax cut will be rocket fuel for our economy.”