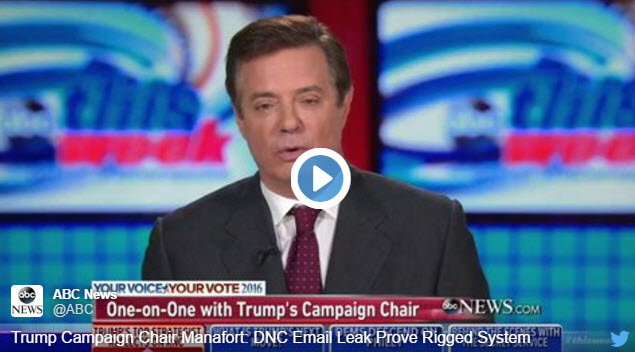 “What’s in those emails show it was clearly a rigged system,” Paul Manafort said on ABC’s “This Week.”

“Bernie Sanders never had a chance, and frankly, I think you’re going to see some of that resentment boil over this week [at the Democratic National Convention] in Philly.”

Emails from within the DNC leaked by WikiLeaks Friday showed party officials privately planned how to undermine the Vermont senator’s presidential campaign.