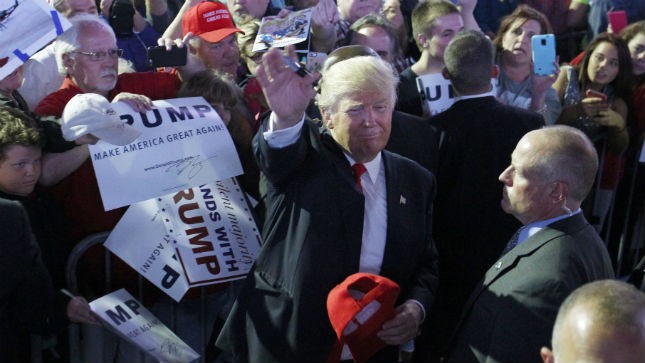 “We have to check, respectfully, the mosques and other places,” he said during a campaign rally in Atlanta.

The presumptive Republican nominee said Sunday’s mass shooting in Orlando is proof that “radical Islam” is a growing danger.

“This is a problem, if we don’t solve it, it’s going to eat our country alive,” he said. “We aren’t vigilant and we aren’t smart. We’ve been the dummies. We have to be the brilliant country now.