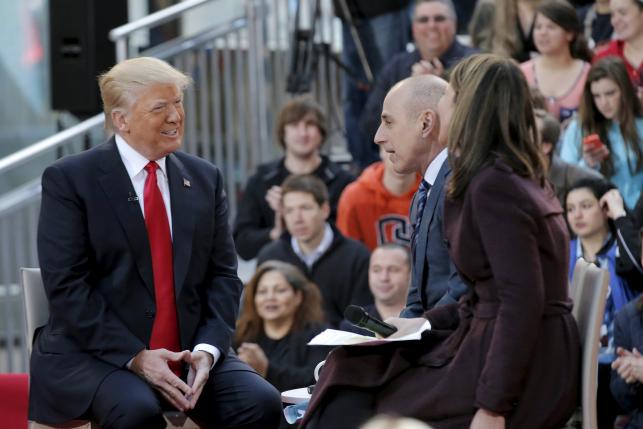 U.S. presidential candidate Donald Trump on Thursday made inroads with the Republican Party by sending envoys to meet with congressional supporters in Washington and party leaders in Florida.

Ted Cruz, John Kasich and a representative of front-runner Trump all made an intense push on Wednesday to curry favor with elected party leaders at a Republican National Committee meeting at an oceanside resort in Florida where they are holding three days of talks focused mostly on their July presidential convention in Cleveland.

Aides to Trump, who has complained bitterly about the Republicans’ delegate-selection process, remained in Florida on Thursday to host an evening reception there for the party leaders. In Washington, lawmakers left a morning meeting on Capitol Hill with Trump adviser Ed Brookover saying they believe it is inevitable Trump will received the 1,237 delegates he needs to become the Republican nominee.

All three contenders are trying to make the case to the RNC members, some of whom are delegates to the Republican National Convention that will choose the nominee, that they have the best chance to win the Nov. 8 presidential election.

The push comes after Trump, 69, regained the momentum in the Republican race after his crushing defeat of Kasich and Cruz in Tuesday’s New York primary. The victory boosted Trump’s delegate tally to 845 while Cruz has 559 and Kasich 147, according to the Associated Press.