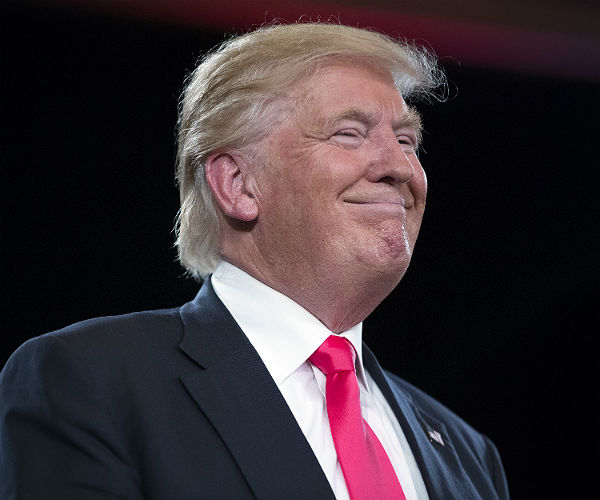 Donald Trump said Tuesday that he would “absolutely” debate Hillary Clinton three times leading up to the November election, though he will try to re-negotiate the terms set last fall by a bipartisan commission.

“I will absolutely do three debates,” the Republican nominee told Time magazine in an interview. “I want to debate very badly. But I have to see the conditions.”

The Commission on Presidential Debates, a bipartisan organization, has scheduled three debates: Sept. 26 in Hempstead, N.Y.; Oct. 9 in St. Louis; and Oct. 19 in Las Vegas.

The commission is headed by Frank Fahrenkopf Jr., a former chairman of the Republican National Committee, and Michael McCurry, who was a press secretary to former Democratic President Bill Clinton.