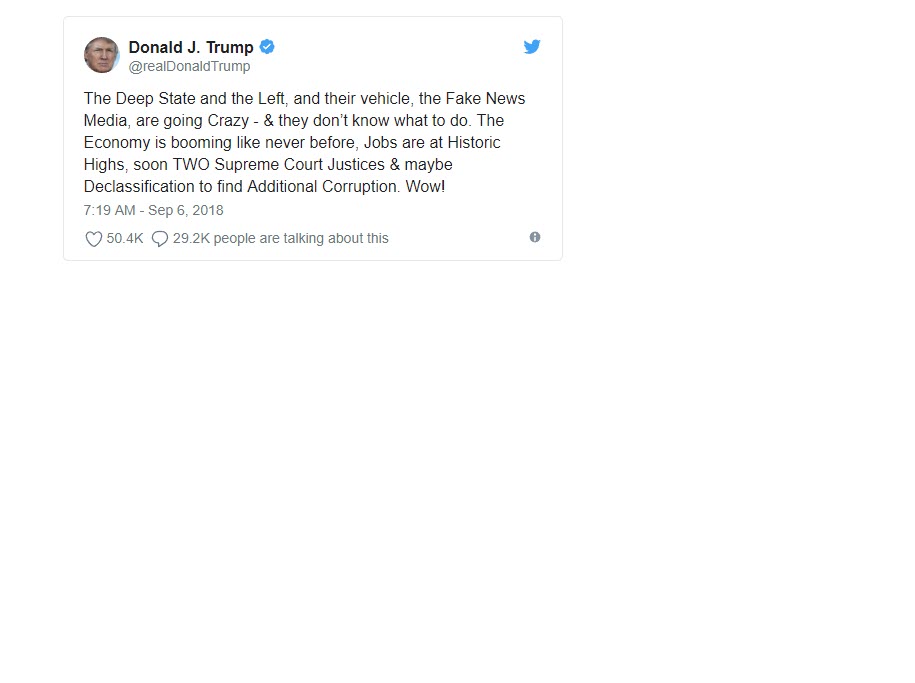 Top administration officials publicly denied penning the explosive New York Times op-ed from an anonymous “senior official” that described a secret inside effort to protect the country from President Trump’s “misguided impulses,” as the White House fumed over the column and demanded the author be exposed and resign.

The president, on a Twitter tear denouncing the yet-to-be-named official and the decision to publish the piece, on Thursday pointed the finger at the “Deep State” and “Fake News Media,” suggesting this is a distraction from the economic gains under his administration.

“The Deep State and the Left, and their vehicle, the Fake News Media, are going Crazy – & they don’t know what to do. The Economy is booming like never before, Jobs are at Historic Highs, soon TWO Supreme Court Justices & maybe Declassification to find Additional Corruption. Wow!” Trump tweeted, after giving his critics more fodder by tweeting a thank-you to North Korea’s Kim Jong Un for proclaiming “unwavering faith in President Trump.”

The author of the Times op-ed acknowledged the “bright spots” in the administration’s agenda overshadowed by negative press coverage, including deregulation and “historic tax reform.” But the piece said “these successes have come despite — not because of — the president’s leadership style, which is impetuous, adversarial, petty and ineffective.”