Trump on the rebound: President can flip the script against his opponents 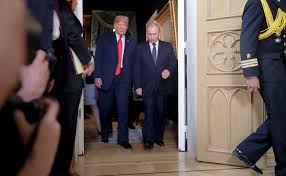 “Trump will ultimately rebound from this misstep for two reasons. First, when he makes a political miscalculation, you can usually count on his opponents becoming so unhinged and blinded by their hatred for the president that the White House is able to flip the script so that the bullseye is no longer on Trump’s back, but affixed squarely on his detractors,” Mr. O’Connell told The Washington Times.

“This time is no different. Within 96 hours of the Trump-Putin meeting, John Brennan, a former CIA director under Obama, labeled the president’s actions as ‘nothing short of treasonous,’ Democratic Congressman Steve Cohen from Tennessee seemed to promote a military coup to remove Trump from office and a former Watergate prosecutor and Carter aide has compared the president’s comments to Pearl Harbor and Kristallnacht. You can’t make this stuff up and the folks uttering these words are not exactly your run-of-the-mill loons,” he continued.

“Second, luckily for Trump there is a difference between words versus actions. Action-wise, Trump has been tougher on Russia than former president Obama or even Bush 43. From the expulsion of 60 Russian diplomats following the poisoning in Britain, to the countless sanctions levied on Russia to the sale of anti-tank weapons to Ukraine, to increased U.S. oil production, to calls for more NATO defense spending, Trump has been extremely tough on Russia. To say otherwise just isn’t true,” the analyst said.