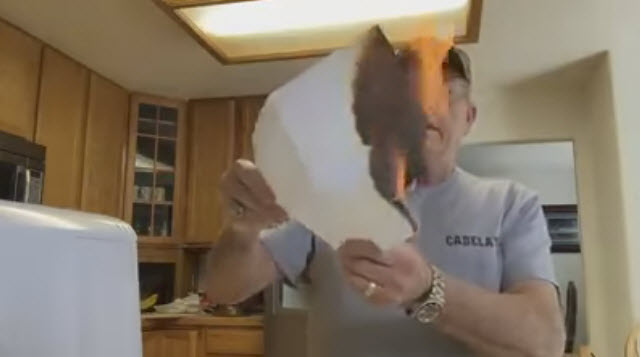 “This is happening all over our country — great people being disenfranchised by politicians,” Trump tweeted with the clip. “Repub Party is in trouble!”

“Republican Party, take note — I think you’re going to see a lot more of these,” the voter said before torching his registration form.

“I’ve been a Republican all my life, but I will never be a Republican again,” he added. “Goodbye, GOP. I will not be forced to vote for somebody that I don’t want to.”