Trump promises to be the ‘biggest cheerleader’ for school choice 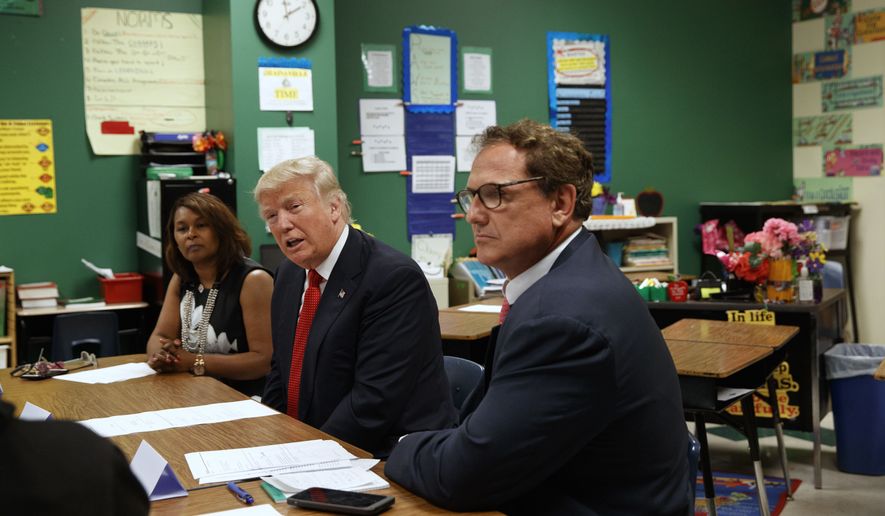 Donald Trump said Thursday he would make it a national priority to provide school choice to every child living in poverty in the United States, arguing that it could open doors for children trapped in failing schools.

Pledging to be the “biggest cheerleader” for the school choice movement, Mr. Trump said he plans to create a $20 billion block grant that will give parents the ability and the funds to choose between competing public and private schools for their children.

“If we can put a man on the moon, dig out the Panama Canal, and win two world wars, then I have no doubt that we can provide school choice to every disadvantaged child in American,” Mr. Trump said at a campaign event in Cleveland.

The remarks come during a week in which Mr. Trump has worked to counter lingering questions about whether he is too unpredictable and lacks the temperament to be president.

In recent days, he has signaled he is open to legalizing some illegal immigrants and vowed to bolster military spending to confront the Islamic State and other global threats. 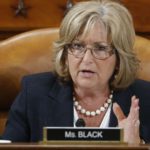 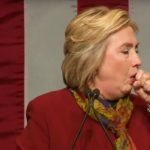 7 Out Of 10 Doctors Agree: Hillary’s Health…

If I wasn’t already planning to vote for Trump, this one issue would put me in his corner!

The best way to deal with our bloated and failing education system is to create competition. In addition to providing vouchers for disadvantaged students, they federal government should cut funds for the schools these kids leave. When the school boards and fat cat administrators have to deal with the financial implications of their failed schools, they will finally have some pressure to improve the schools. Firing incompetent teachers would be a good starting point for many of these schools.

Fire 1/2 the teachers based on merit, and double the salaries of the good teachers that are left.

The precipitous decline in academic achievement in the US public school system began with the NEA changing their legal status from a professional organization which ensured competency and professionalism to a white collar labor union protecting incompetence and illegal behaviour.

Having said that, teachers are far from the entire problem.

An extremely skilled teacher given a schitte curriculum to teach will do a very good job of teaching, but the kids will still be learning schitte.

People should have a choice where they want their kids to go to school, and Trump knows to straighten out our country is to fix our schools, that have become a bad word, and to he$$ with the unions that have played a major roll in destroying our system! Unions are a thing of the past, and a like a lot of other things in this country are no longer needed, with the UN coming to mind!

While they’re at it shut down the DOE, the purveyor of the mass indoctrination of children for 4 decades.

And get rid of Common Core