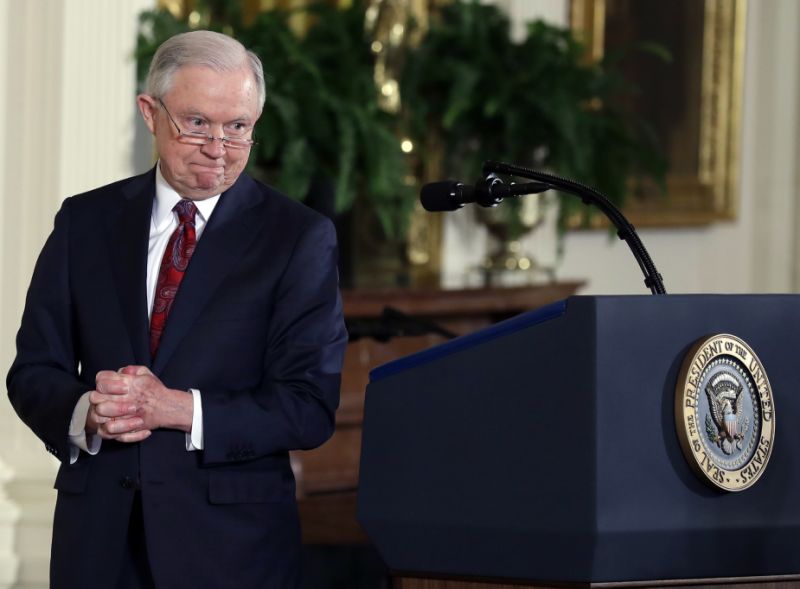 President Trump on Wednesday lashed out at Attorney General Jeff Sessions, accusing the nation’s top law enforcement officer of not being aggressive enough in investigating allegations of misconduct in the handling of surveillance of former Trump adviser Carter Page during the 2016 campaign.

Sessions said on Tuesday he would ask the Justice Department’s inspector general to look into claims that the FBI and other Obama administration officials misled a Foreign Intelligence Surveillance Court judge when they applied for the warrant to wiretap Page.

“Why is A.G. Jeff Sessions asking the Inspector General to investigate potentially massive FISA abuse,” Trump tweeted. “Will take forever, has no prosecutorial power and already late with reports on Comey etc. Isn’t the I.G. an Obama guy? Why not use Justice Department lawyers? DISGRACEFUL!”

The alleged “massive FISA abuse” Trump referred to was a charge leveled in the controversial memo authored by House Intelligence Committee Chairman Devin Nunes, R-Calif., and authorized for release by the president earlier this month. The memo suggested that the original FISA application relied heavily on the salacious but unverified dossier prepared by former British spy Christopher Steele, and that a Yahoo News article about Steele was used to “corroborate” the veracity of the dossier.