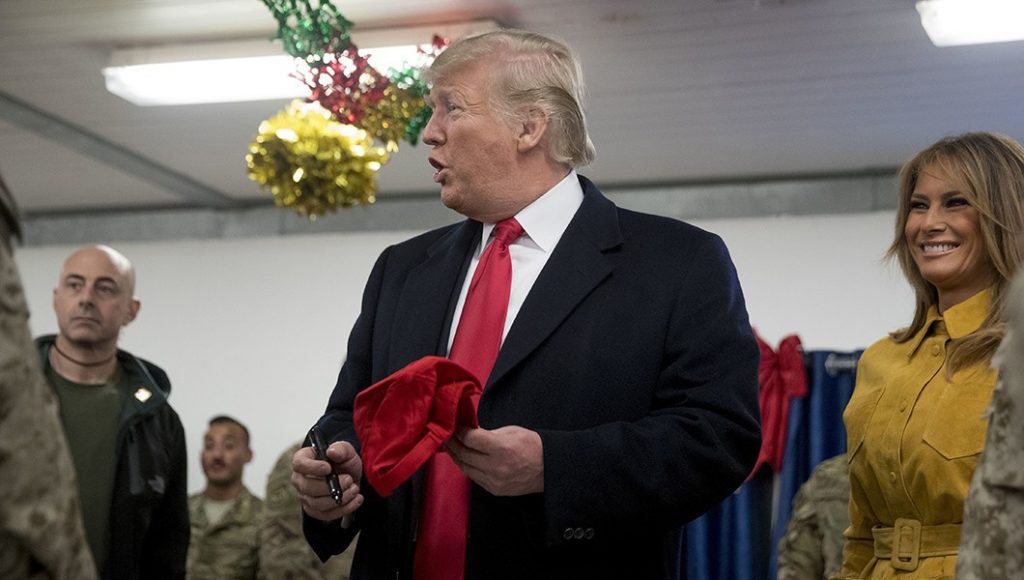 President Trump said Thursday that a deal for border wall funding in exchange for legal protections for young immigrants fell through because a federal court blocked the Trump administration’s efforts to rescind the Obama-era Deferred Action for Childhood Arrivals program.

“The reason the DACA for Wall deal didn’t get done was that a ridiculous court decision from the 9th Circuit allowed DACA to remain, thereby setting up a Supreme Court case. After ruling, Dems dropped deal – and that’s where we are today, Democrat obstruction of the needed Wall,” Trump tweeted Thursday.

The Trump administration announced last year it would be rolling back the DACA program and gave Congress until March to enshrine its protections into law.

The White House early this year attempted to tie funding for Trump’s border wall to the DACA program and called for Congress to OK $25 billion for the wall in exchange for a multi-year extension of the Obama-era program.