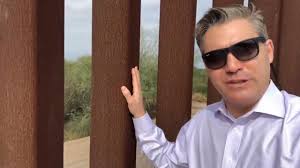 President Trump scolded CNN’s Jim Acosta on Friday during the president’s Rose Garden announcement that he is declaring a national emergency on the southern border, telling the reporter he has “an agenda” — before angel moms in attendance confronted the chief CNN White House correspondent.

The clash came as Acosta challenged Trump over what he described as a “disconnect” concerning his description of illegal immigration.

“You are presenting information about what’s happening at the border, calling it an invasion, talking about women with duct tape over their mouths and so on, and yet there is a lot of reporting out there, a lot of crime data out there … that shows border crossings at a near record low,” Acosta said.

Trump fired back, “That’s because of us,” as the CNN reporter attempted to talk over the president.