Trump taunts Cruz over citizenship lawsuit: ‘I told you so’ 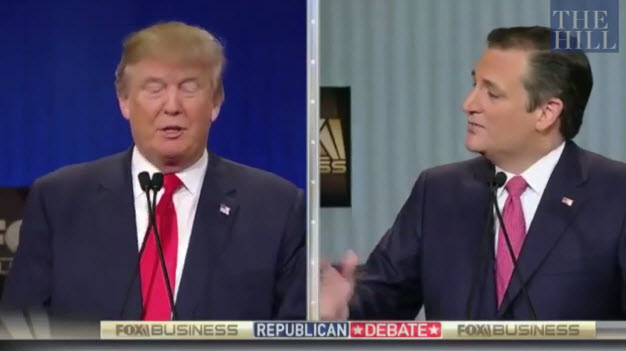 Republican presidential front-runner Donald Trump took aim at rival Ted Cruz in a series of Saturday morning tweets, taunting Cruz over challenges to his citizenship and reports that he did not disclose campaign loans.

Trump has tried to stoke concerns that Cruz would face legal challenges to his eligibility for president because he was born in Canada. After a Friday lawsuit questioning exactly that, Trump took a victory lap.

“Ted Cruz was born in Canada and was a Canadian citizen until 15 months ago. Lawsuits have just been filed with more to follow. I told you so,” he wrote.