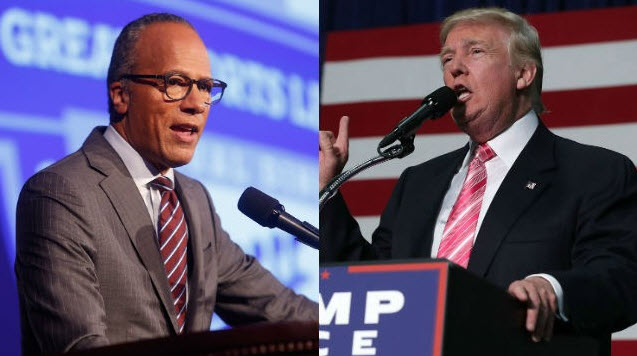 Donald Trump says NBC’s Lester Holt should not correct his or Hillary Clinton’s facts while moderating the first presidential debate.

“I think he has to be a moderator,” the Republican nominee said on “Fox & Friends” Thursday.

“I mean, if you’re debating somebody and if she makes a mistake or I make a mistake … we’ll take each other on,” he added. “But I certainly don’t think you want Candy Crowley again.”