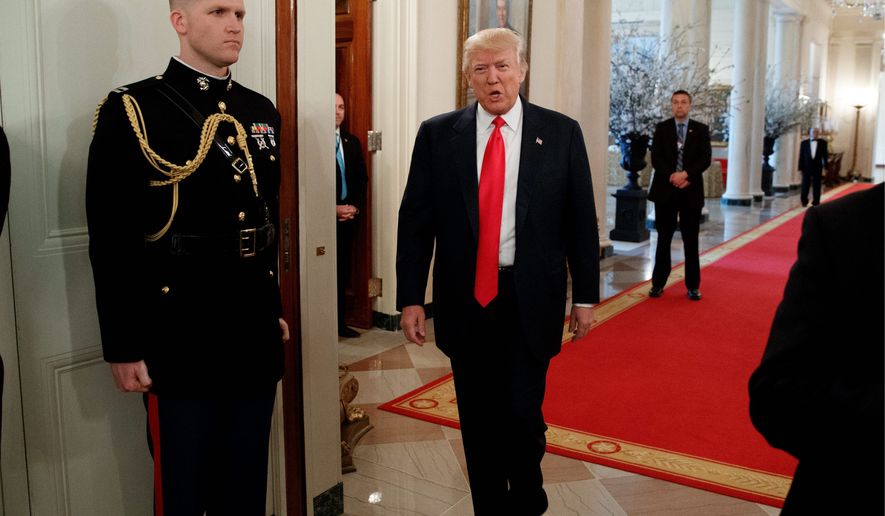 In his first major address to Congress, President Trump will deliver a prime-time “message to the world” Tuesday night by proposing a robust military buildup and corresponding cuts in foreign aid, State Department operations and domestic programs.

The president will ask a joint session of Congress to boost national security spending by $54 billion, an increase of about 10 percent, to rebuild what Mr. Trump calls the “depleted” military, and to hire more Border Patrol agents and U.S. Immigration and Customs Enforcement officers.

“This budget will be a public safety and national security budget,” Mr. Trump said Monday, giving a preview to the nation’s governors during a White House meeting. “This is a landmark event, a message to the world in these dangerous times, of American strength, security and resolve.”

By proposing a corresponding $54 billion cut in non-defense programs, White House Office of Management and Budget Director Mick Mulvaney said, Mr. Trump is calling for “the largest proposed reduction since the early years of the Reagan administration.”

Categories Rise Up 1 | Tags: 1st 100 Days, Donald Trump, Message to the World, State of the Union