Democrats are attacking President Trump for “dismantling” President Obama’s legacy on everything from Obamacare subsidies to immigration amnesty, but nobody knew better than Mr. Obama how vulnerable his go-it-alone agenda would be if Mr. Trump won the election.

Unable to work with a Republican-led Congress for most of his presidency, Mr. Obama did what he could with his presidential “pen and phone,” issuing executive orders, rules and regulations that in many cases could be overturned by another stroke of the pen — this time by a Republican president. Long before Mr. Obama left office, Republicans were accusing him of overreaching presidential authority, and Mr. Trump was vowing to overturn his unilateral decisions.

At a Clinton campaign rally in Cleveland in October 2016, a few weeks before Election Day, Mr. Obama tried to fire up Democratic voters with a plea that his legacy was hanging in the balance on issues such as climate change and health care.

“I’m here to tell you that all that progress goes out the window if we don’t make the right choice right now,” Mr. Obama said at the time. “Donald Trump’s closing argument is ‘What do you have to lose?’ The answer is: Everything. All the progress we’ve made right now is on the ballot.” 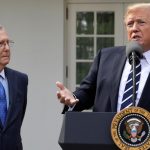 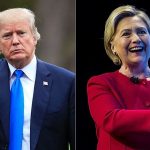 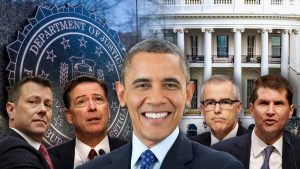 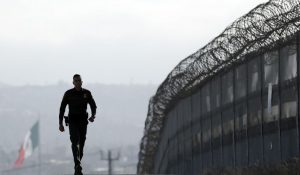 Illegal immigration on border surges back to Obama levels 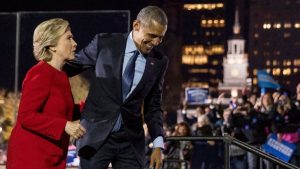 Hillary Clinton: Obama’s record made it hard to run on ‘agenda of change’

The Republicans need to turn President Trump’s initiatives into laws rather than leaving them as executive orders, or many of his accomplishments can easily be erased by a future president.

Google is paying 97$ per hour,with weekly payouts.You can also avail this.
On tuesday I got a brand new Land Rover Range Rover from having earned $11752 this last four weeks..with-out any doubt it’s the most-comfortable job I have ever done .. It sounds unbelievable but you wont forgive yourself if you don’t check it
!di194d:
➽➽
➽➽;➽➽ http://GoogleHomeCashJobsCentreOpportunity/earn/hourly… ★✫★★✫★✫★★✫★✫★★✫★✫★★✫★✫★★✫★✫★★✫★✫★★✫★✫★★✫★✫★★✫★✫★★✫★✫:::::!di194lhhhhh

I thought that EO’s were a bad thing and Obama was a dictator for using them but now Trump is going wild with them and the republicans aren’t saying a word. The problem isn’t rolling back things it not fixing any of the problems caused by rolling them back. No president in the last half century has use as many EO’s as Trump has, twice as many as Obama did in the same time period. So has Trump become a worse dictator then Obama?

Most of Trump’s EO are undoing the damage that BO has done. I’m against EO except in emergency situations, but if it is necessary to execute an EO to undo BO’s executive overreach go for it.

Right like causing insurance rates to go up 20% or more. The only good thing is he is so bad at writing them most are useless.

That’s better than the 22% average expected under the ACA and it is expected to rise from there.

We will never agree, but the fact is that without subsidies the cost of insurance under the ACA would be sky high. It would have failed long ago. We were supposed to save money under the ACA and that never happened. The only people that gained under the ACA is those that get free stuff.

You seem to think the ACA is only the market place. It’s a whole lot more. The subsidies help make health insurance and in turn healthcare affordable to the working poor and lower middle class. It doesn’t effect the non working poor, they have a different system. If your insurance is through you employer or a government insurance like Medicare the subsidies make no difference. There are about 17 million people that they effect. If you have private insurance your costs are going up for a whole different reason, partly because of greed and partly because of the improvements in healthcare. We keep people alive at great expense that only a very few years ago would have die for much less money. In fact the ACA did slow down the cost growth in healthcare and health insurance. One of the reasons the insurance companies want changes in the ACA is it limits their profits to 20%.

That’s right Bob ACA did NOT slow down the cost growth or Save the average family what $2000.00 as promised by the Democrats. Quit blaming Trump for their errors. The Democrats could get involved and rewrite with the Republicans a new health plan. Instead they refuse to participate. When the errors were theirs

I don’t blame Trump for the mistakes made in writing the ACA, I blame the republicans for not working to fix the problems or coming up with something better. I blame Trump for blackmailing congress instead of finding a solution to the problem. Now that the Republicans have self destructed over healthcare they are finally starting to work with the democrats. I also am tired of Trumps lies about everything. He said he had a bill that was ready to go, he said he wanted better, cheaper coverage for everyone and that the government would pay for it. He also praised Australia’s system. Not one thing Trump said before the election on health care has he done.

Of course you blame the Republicans, as do ALL Democ-rats. You’re an ass hole Demon-crat. Why do you keep saying you’re a “moderate” Republican. That’s a lie Bobby bull shit!

So who should you blame if the job isn’t done? Once the republicans took over the house it was game over for the democrats just like it will be when the democrats that over the senate next year.

You’re a dip shit democ-rat. You really think your Democ-rats will take over the senate next year? If that happens, the country will go back to what it has been for the last 8 years and Trump will be undermined to the greatest extent of any president in history. But it’s no surprise that you would want that. The hell with the country and the people, you’re a real piece of work, a walking talking bag of shit.

The democrats can’t do more to undermine Trump the the republicans are right now.

You’re really a dumb ass aren’t you Bob! Trump is simply taking the necessary action to undo Obama’s overreach, and often illegal and unconstitutional, actions. To bad your mommy didn’t have your brain fixed when they fixed your knee. You’re an ass hole!

Trump is writing EO’s the same ones you say are illegal. I guess you you can’t understand that the rules are the same for all presidents. Trump is even trying to change laws with them, something we all know the president can’t do.

You’re totally full of shit. Apparently you didn’t read what i said. Trump’s EO’s are being written to cancel Obama’s unconstitutional EO’s. What law is Trump trying to change? You really are stupid and an ass hole!

Well for starters the law that keep insurance companies to sell across state lines.
McCarran-Ferguson Act (1945)

Best you take a look at ALL of Obama’s EO?’s before you start being critical of PRESIDENT Trump’s. You’re an ass hole!

Take a look at the court records, what percent of Trumps EO’s have done anything or for that matter not been challenged in court. In eight years only four EO’s written by Obama ended up in court and Obama won three of them in the end.

Hey dumb ass, you ever heard of the 9th court of appeals? That consists of ALL liberal judges and that’s where your democ-rats file these suits. They all get overruled buy a higher court. You’re a stupid piece of shit AND an ass hole.

You gave credit where it’s due. Let’s keep praying for this great nation UNDER GOD.

Google is paying 97$ per hour,with weekly payouts.You can also avail this.
On tuesday I got a brand new Land Rover Range Rover from having earned $11752 this last four weeks..with-out any doubt it’s the most-comfortable job I have ever done .. It sounds unbelievable but you wont forgive yourself if you don’t check it
!do251d:
➽➽
➽➽;➽➽ http://GoogleInternetFocusComunityWorkFromHome/make/more… ★✫★★✫★✫★★✫★✫★★✫★✫★★✫★✫★★✫★✫★★✫★✫★★✫★✫★★✫★✫★★✫★✫★★✫★✫:::::!do251lh