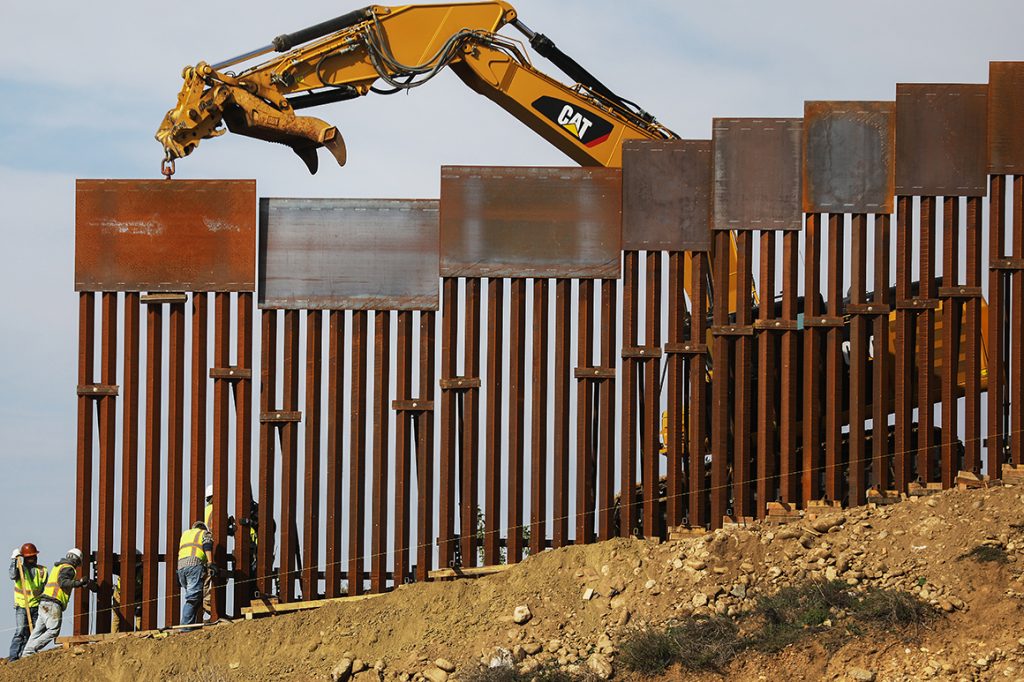 President Trump vowed during the State of the Union address to build more than 500 miles of wall on the southern border by early 2021, blowing well past the 450 miles his administration has previously said would be created before the end of this year.

“We have now completed over 100 miles and [will] have over 500 miles fully completed in a very short period of time. Early next year, we will have substantially more than 500 miles completed,” Trump said Tuesday night.

The progress nine months out from the 2020 election puts the Trump administration over budget and behind schedule on the president’s keystone campaign promise to build a wall on the U.S.-Mexico border. On many occasions as a candidate in 2015 and 2016, Trump said he would build 1,000 miles of “wall” at a total cost of $4 billion. That campaign promise, which vastly understated what it would cost to build 1,000 miles of barrier, will not be met by December 2020 and has now cost $18 billion. The Washington Examiner first reported in July that the administration had not constructed a single new mile of fencing, at that point only constructing replacement fencing.