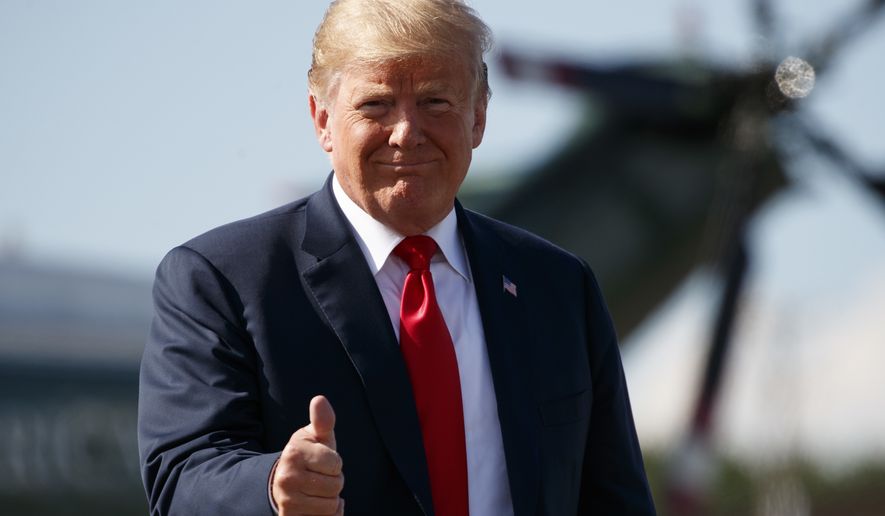 The sizzling economy underpins President Trump’s final blitz for Republicans in the midterms, with dire warnings that the jobs boom and higher wages will slip away if Democrats seize Congress.

Mr. Trump enjoys the best first-term economy in three decades with the gross domestic product growing at a 3.5 percent annual rate last quarter, and Mr. Trump wants Republicans rewarded for it at the ballot box.

Analysts agree, however, that good times breed complacency among midterm voters and that grievance, such as the burning hatred harbored by Mr. Trump’s opponents on the left, is a stronger motivator for turnout at the polls.

“We have made so much progress. We don’t want to give up that progress. We can’t allow that to happen,” Mr. Trump said at a rally Saturday in Murphysboro, Illinois. “Under Republican leadership, America is booming like never before because we are finally putting America first.”