Trump: ‘We will confront anti-Semitism’ 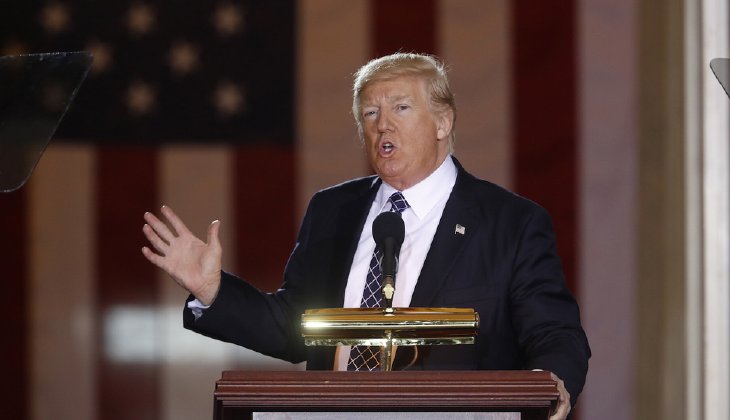 President Trump took aim Tuesday at the rising tide of anti-Semitism in the U.S. and elsewhere, telling Holocaust survivors at a memorial event on Capitol Hill that his administration will push back on any attempts to harm the Jewish community.

“This is my pledge to you: we will confront anti-Semitism,” Trump said. “We will stamp out prejudice, we will condemn hatred, we will bear witness and we will act.”

Speaking at the U.S. Holocaust Museum’s Days of Remembrance event in the Capitol Rotunda, Trump condemned Holocaust deniers while affirming the U.S. commitment to Israel.

“Those who deny the Holocaust are an accomplice to this horrible evil,” Trump said. “We’ll never be silent, we just won’t. We will never, ever be silent in the face of evil again.”