Trump will make an announcement on Arpaio at ‘appropriate’ time: White House 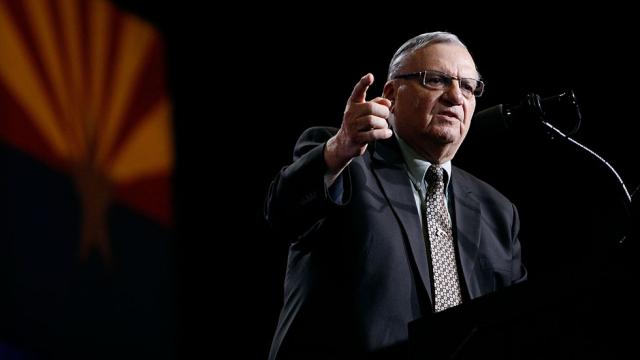 “I think that he’ll continue to make his plans clear when he’s ready and at the appropriate time, and we’ll certainly keep you guys posted on that,” she told reporters aboard Air Force One.

Trump himself appeared to hint at a rally in Phoenix, Ariz. Tuesday night that he was preparing to pardon the controversial former sheriff, who was convicted last month of criminal contempt.

“I won’t do it tonight because I don’t want to cause any controversy, all right?” Trump said. “But Sheriff Joe can feel good.”