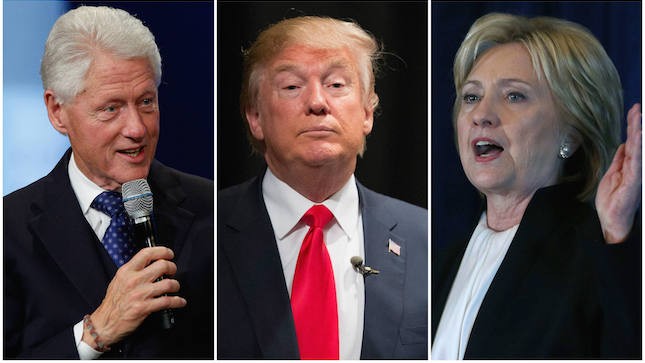 Donald Trump has unleashed a series of scathing attacks over Bill Clinton’s past marital infidelities in an attempt to rob Democratic presidential front-runner Hillary Clinton of the argument that she’s strong on women’s issues.

Trump has been moving in this direction since first sparking controversy last week for remarks that many interpreted as sexist, saying that Hillary Clinton got “schlonged” by President Obama in the 2008 Democratic primary race and mocking her for returning late to the stage at the last debate because she had been in the restroom.

The controversy appeared poised to blow over until Clinton lashed out at the Republican front-runner, saying he has long exhibited a “penchant for sexism.”