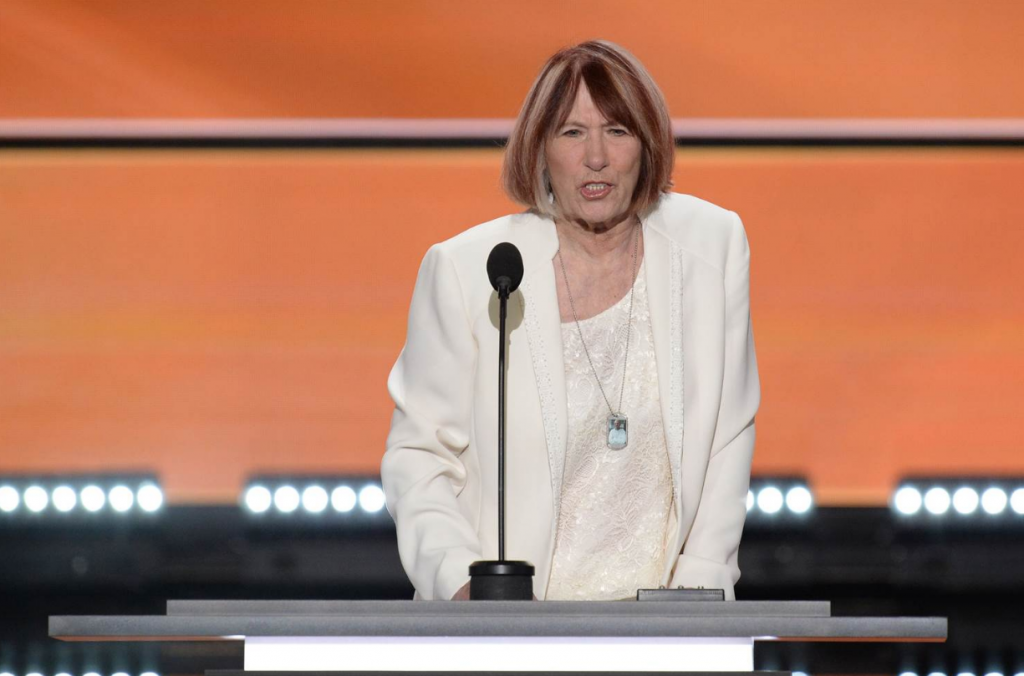 The parents of two Americans killed in the 2012 terrorist attacks on U.S. diplomatic facilities in Benghazi, Libya, filed a wrongful death lawsuit in federal court Monday against Hillary Clinton.

In the suit, Patricia Smith and Charles Woods, the parents of Sean Smith and Tyrone Woods, claim that Clinton’s use of a private e-mail server contributed to the attacks. They also accuse her of defaming them in public statements.

Smith was an information management officer and Woods was a security officer, both stationed in Benghazi.

Patricia Smith, mother of Benghazi victim Sean Smith, addresses the Republican National Convention on July 18, 2016 at Quicken Loans Arena in Cleveland, Ohio. ROBYN BECK / AFP – Getty Images
“The Benghazi attack was directly and proximately caused, at a minimum by defendant Clinton’s ‘extreme carelessness’ in handling confidential and classified information,” such as the location of State Department employees in Libya, the lawsuit said.

While no such connection has ever been established, their lawsuit called it “highly probable” that Clinton sent and received information about the activities of U.S. Ambassador Christopher Stevens.