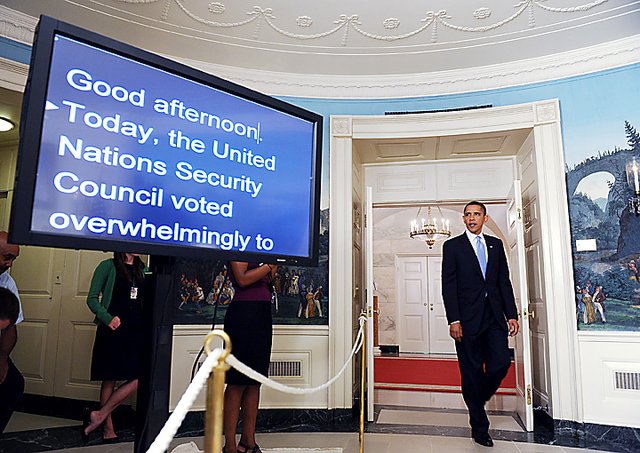 U.N. approval of a new set of economic sanctions against Iran on Wednesday is likely the first step in measures by the Obama administration, Congress and Europe in the coming weeks to pressure Iran on its nuclear program.

However, U.S. officials said passage of the resolution will trigger a new round of international pressure on the Islamic republic to abide by its international obligation regarding its uranium-enrichment program, which the U.N. International Atomic Energy Agency (IAEA) has said in reports violates Tehran’s agreement to provide international controls.

Iran has failed to fully disclose to the IAEA the full extent of its two-decade illicit nuclear program since Tehran acknowledged the presence of the Natanz uranium-enrichment facility in 2003.

In 2006, Iran broke seals placed on nuclear equipment by the IAEA at Natanz. Since then, Iran has expanded the number of centrifuges in that facility and has been caught with another undisclosed facility at an Iranian Revolutionary Guard Corps base near Qom.

The new sanctions are the fourth Security Council rebuke since 2006 against Iran’s nuclear program. Like prior resolutions, the document focuses on the Revolutionary Guard Corps, which the United States and its allies suspect is the government entity in charge of procuring equipment for and managing key aspects of Iran’s nuclear program.

A senior State Department official on Wednesday said, “This is an initial step and from this there will be other steps individual nations will take.”