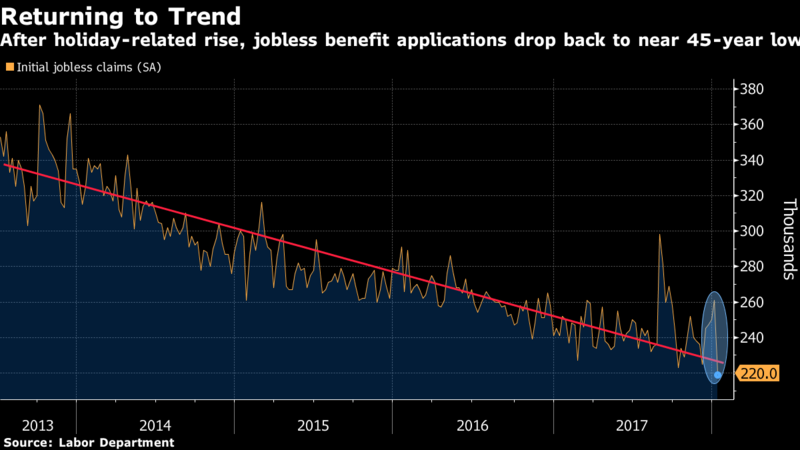 U.S. filings for unemployment benefits plummeted to the lowest level in almost 45 years in a sign the job market will tighten further in 2018, Labor Department figures showed Thursday.

The drop in claims shows that companies are increasingly holding on to their employees amid a shortage of skilled labor. Businesses are struggling to find workers to fill positions, particularly in manufacturing and construction, as cited in some anecdotes for the Federal Reserve’s Beige Book released Wednesday.

The figures suggest the unemployment rate of 4.1 percent, already the lowest since 2000, could be poised to decline further. The latest week for claims includes the 12th of the month, which is the reference period for the Labor Department’s monthly employment surveys.

Caveats for the latest numbers include the fact that the week was sandwiched between two periods containing holidays, when data tend to be more volatile. In addition, more states than usual had estimated figures.