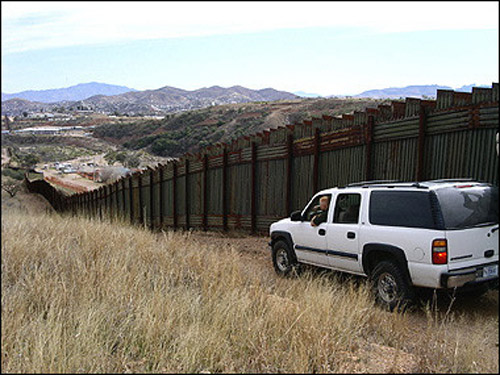 The Senate on Thursday voted to hire 1,000 more U.S. Border Patrol agents as part of a $600 million border-security bill, acting swiftly in the hours before they left to face constituents during their five-week summer vacation.

Sen. Charles E. Schumer, New York Democrat, who is spearheading his party’s immigration-reform efforts, said the money shows Congress is committed to border security as a down payment on eventually legalizing illegal immigrants.

The money would come from charging higher fees on worker visas for companies whose staffs are made up of mostly foreign workers.

Republicans, led by Sen. John McCain, had offered their own proposals, which would deploy more agents to the border and expand detention of illegal border crossers, but Mr. McCain said Mr. Schumer‘s bill was “a significant step forward.”

President Obama‘s original budget request for the upcoming fiscal year actually called for cutting the number of Border Patrol agents, but facing pressure from Democrats and Republicans, he requested the $600 million in new spending, including the new agents. Mr. Obama has also begun to deploy up to 1,200 National Guard troops to the border to help in the interim, while the new agents are being hired.

Immigrant rights advocates on Thursday said the extra spending is a straw man and that Democrats are being baited by Republicans.

“It is extremely disappointing to see Congress fall for Republicans’ wholly manufactured allegations of an insecure border,” said Deepak Bhargava, executive director of the Center for Community Change, who said the border is safer than ever before.

The bill took a fast track to passage. Mr. Schumer introduced it, along with Sen. Claire McCaskill, Missouri Democrat, earlier in the day, and it passed later in the evening by unanimous consent, which means no senator objected. Republicans’ agreement seemed to take Democrats by surprise.