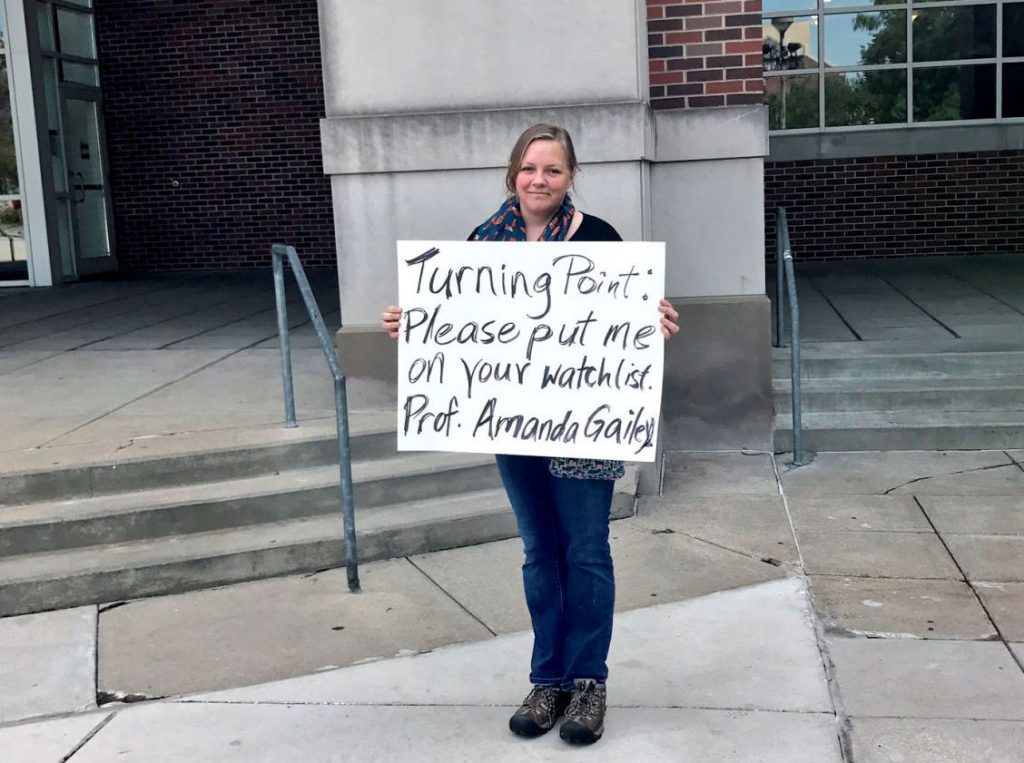 A sophomore at the University of Nebraska-Lincoln said she was berated and intimidated by people on campus Friday afternoon because she was trying to recruit students for a conservative group.

Soon, however, she was confronted by women who accused her of advocating white nationalism and having KKK leanings.

She said that she began to cry because of the hostile atmosphere and that campus police eventually took her home.
Read the full article: http://www.omaha.com/news/education/unl-sophomore-says-she-was-berated-and-intimidated-while-trying/article_1187dc24-837c-51ad-9387-17f2ed7e6b5c.html