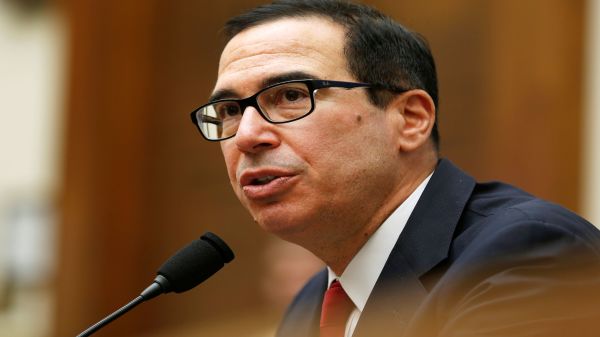 The U.S. federal budget deficit rose in fiscal 2018 to the highest level in six years as spending climbed, the Trump administration said Monday.

The deficit jumped to $779 billion, $113 billion or 17 percent higher than the previous fiscal period, according to a statement from Treasury Secretary Steven Mnuchin and Office of Management and Budget Director Mick Mulvaney. It was larger than any year since 2012, when it topped $1 trillion. The budget shortfall rose to 3.9 percent of U.S. gross domestic product.

The deficit increased by $70 billion less than anticipated in a report published in July, according to the two officials.

Federal revenue rose only slightly, by $14 billion after Republicans chopped tax rates for corporations and most individuals. Outlays climbed by $127 billion, or 3.2 percent. A spike in defense spending, as well as increases for Medicaid, Social Security and disaster relief, contributed to the increase.