US Debt Rating Should Be ‘C’: Independent Agency 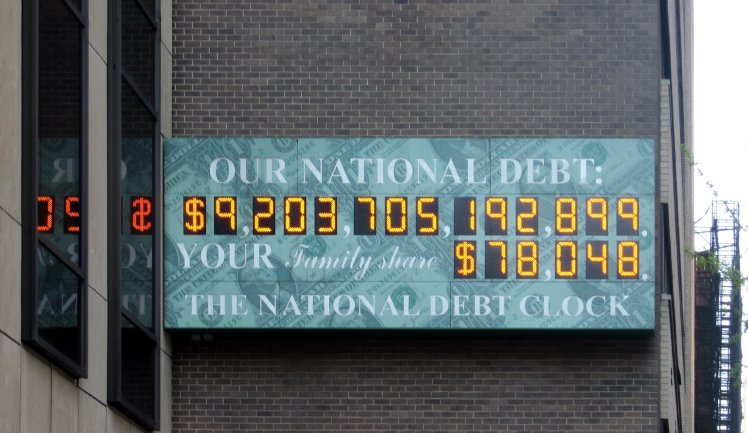 There have been increasing concerns about the fate of United States’ prized triple-A sovereign debt rating. WhileÂ Standard and Poor’s recently downgraded its U.S. debt outlook to negative from stable, implying that a ratings cut could happen in two years, one independent ratings agency has given the U.S. sovereign rating a “C”.

“A ‘C’ is equivalent to approximately a triple-B on the S&P, Moody’s and Fitch scales. It’s two notches above junk and one notch above the equivalent of a single A,” Martin Weiss, President of Weiss Ratings, told CNBC Tuesday.

Weiss was quick to add that while the rating seems weak, the debt situation is not in a danger zone that would trigger panic, noting that there was still broad market acceptance for Treasurys.

The grade reflects the U.S. massive debt burden, low international reserves and the volatility in the American economy, he said.

The U.S. government debt is fast approaching the $14.3 trillion ceiling, with the debt-to-GDP ratio close to 100 percent. And a downgrade of U.S. Treasurys – one of the most widely held assets – could theoretically raise borrowing costs and in a worst case scenario, trigger a default on the government’s debt obligations.

America’s rating was ranked 33rd out of 47 nations, according to Weiss, which began tracking sovereign debt last year. France and Japan also got a “C” rating, while Only China and Thailand received an “A” rating.

Weiss Ratings based its score purely on statistics, and does not take into account qualitative factors such as political stability.