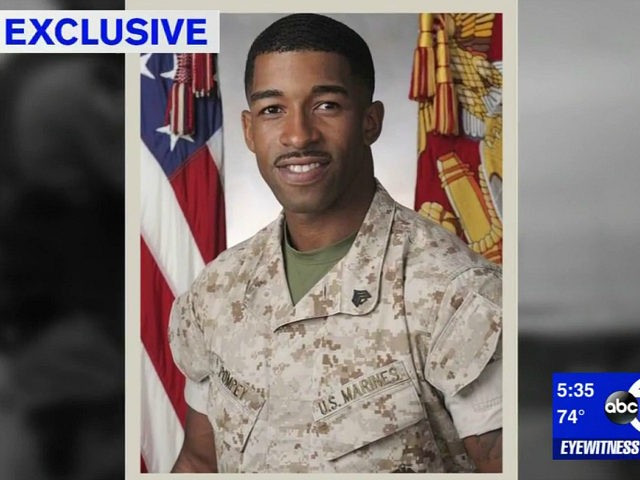 A former United States Marine who traveled to New Jersey with a gun he legally owned — but which was not registered in New Jersey — is facing three years in prison for firearm law violations.

The three years is the minimum sentence that former Marine Sergeant Hisashi Pompey has to serve before he can even be eligible for parole under New Jersey’s strict gun control laws.

ABC 7 reports that Pompey did “three tours of duty in Iraq and Afghanistan for which he received medals for bravery.” He was a military police sergeant.

Six years ago Pompey visited New Jersey and brought his legally owned handgun with him from Virginia. During the course of the night, one of Pompey’s friends got involved in a fight, retrieved the gun, and “carried it into a confrontation with police.” Police arrested Pompey’s friend then arrested Pompey, as well, for having brought an unregistered handgun into the state.