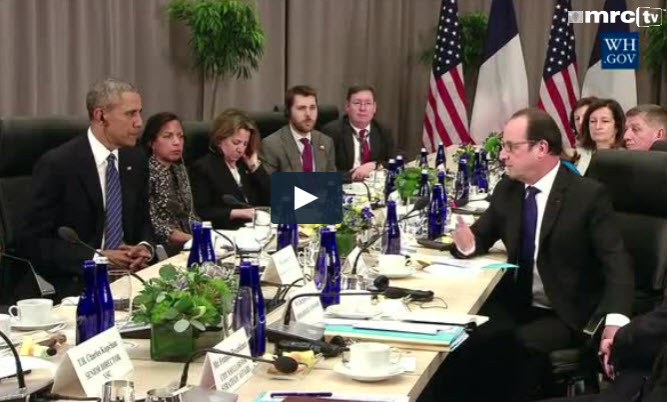 The White House website has censored a video of French Pres. Francois Hollande saying that “Islamist terrorism” is at the “roots of terrorism.”

The White House briefly pulled video of a press event on terrorism with Pres. Obama, and when it reappeared on the WhiteHouse.gov website and YouTube, the audio of Hollande’s translator goes silent, beginning with the words “Islamist terrorism,” then begins again at the end of his sentence.

Even the audio of Hollande saying the words “Islamist terrorism” in French have, apparently, been edited from the video.

According to the official White House transcript of Hollande’s remarks, Hollande refers to “Islamist terrorism.” The audio of the bold text in brackets is missing from the video – the only point in the video were the audio is absent:

“We are also making sure that between Europe and the United States there can be a very high level coordination.